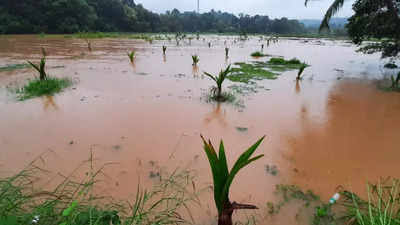 Reports of waterloggling emerged in several areas of Kerala after hevay rainfalls in the state, especially in teh central and south regions on Saturday.

Many rivers were reported to be goin on overflow as IMD sounded a ‘red alert’ and predicted havoc rainfall in five more districts of the state.

Kerala Chief Minister Pinarayi Vijayan said the IMD has warned of widespread heavy rains in the state due to the low-pressure system that has formed over the Arabian Sea.

The water level is rising steadily in many rivers, including Meenachal and Manimala.