Support Us
More
More
HomeNATIONWomen to appear in NDA entrance exam from May 2022: Center to...
NATION
September 21, 2021

Women to appear in NDA entrance exam from May 2022: Center to Supreme Court 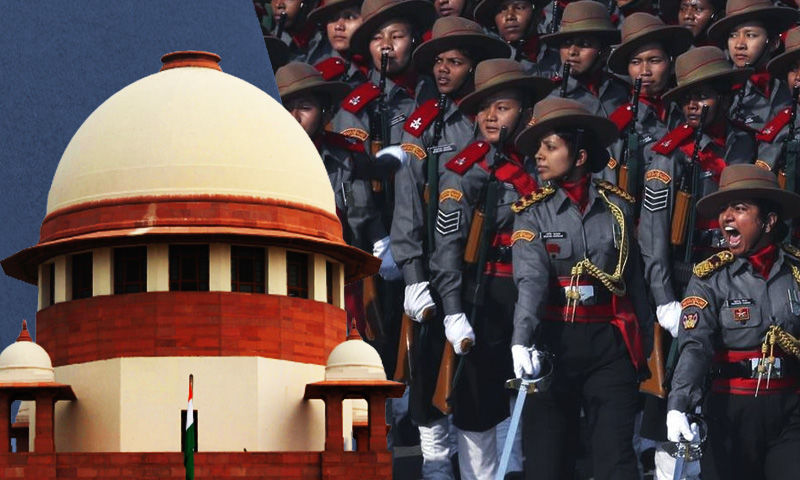 A new update has come out in the matter of admission to women in NDA. The National Defense Academy (NDA) will allow women to appear in the entrance exam in May 2022. In this way, in January 2023, women will be ready for the training of their first batch of cadets. The Central Government has given this information by filing an affidavit in the Supreme Court on a petition seeking inclusion of women in the NDA examination.

In the last hearing, the Supreme Court had sought information from the Center regarding the future steps in this regard. In the affidavit, the government has highlighted that a study group has been constituted by the defense services, comprising the Joint Defense Services Training Institute of the Indian Armed Forces and a board of officers (a team of seniors) and experts, Who will prepare comprehensive curriculum for women cadets. The officials have been called to make a holistic and futuristic proposal for the training of women cadets in NDA.

The affidavit did not specify how many women cadets would be trained in the first batch, but stated that the recruitment would depend on a number of factors including cadre ratio and desired cadre structure, capacity to hold cadres in the elite service academy, employability, etc. Will do .It has been said in the affidavit that for men, the physical criteria for NDA have already been made. Now the process of preparing suitable medical standards for women officers is also going on. They need to do this before joining the academy. It said that the Directorate General of Armed Forces Medical Services and the body of experts will conduct necessary exercises for the three defense services and determine and formulate medical standards keeping in view various aspects such as their age, nature of training.

The functional and operational requirements of the Army, Navy and Air Force will also be looked intoThe affidavit further states that various facilities related to additional administrative and miscellaneous requirements in terms of accommodation, training capacity, security and privacy, living quarters, related physical and electronic surveillance measures, gender specific supporting requirements etc. will be worked out. It said that one of the key aspects of housing of female candidates is to keep a strong distance between male and female residential areas. In fact, on August 18, the court had directed that women can also appear in the upcoming NDA exam. Following this interim direction, the central government on September 8 admitted that it had taken an in-principle decision to open NDA doors to women cadets, but wanted relaxation for this year’s admissions, for which exams are to be held in November. The hearing of the case has been fixed for September 22.

According to the affidavit filed by Captain Shantanu Sharma, the current Director of NDA, Indian Navy, arrangements for overall training and their standards are being set here to make women cadets officers in the three wings of the army.

Apart from the arrangement of cabins etc. for women cadets in the squadron building, norms for orderly, duty officers and training instructors, besides administrative and other types of training are also being made. Apart from these, gynecologists, physiotherapists, sports medicine experts, counselors, nursing staff and lady attendants are also being recruited as per the requirement in the Academy and Military Hospital of Khadakwasla. Appreciating the spirit of ASG Aishwarya Bhati, the court has been urged in the affidavit that now after this step, the court should dispose of the matter as the purpose of the petition has been fulfilled. In fact, Kush Kalra had filed a petition in the Supreme Court seeking directions to women to enter the NDA.