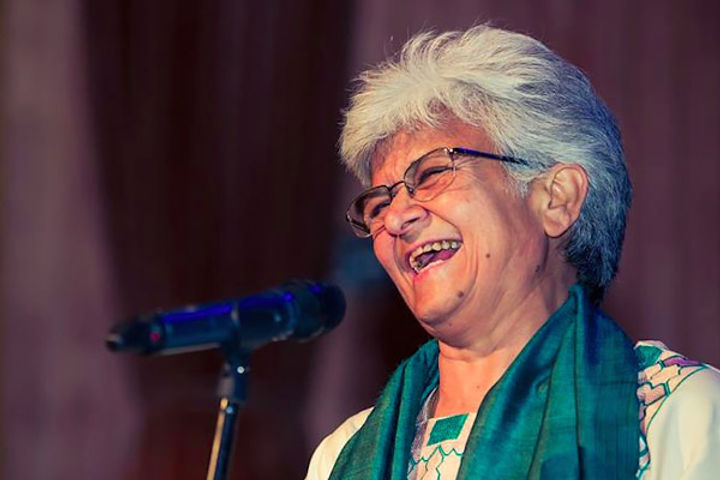 Noted women’s rights activist, author and poet Kamla Bhasin passed away on Saturday. Bhasin (75) was suffering from cancer and pulmonary edema and was admitted to a hospital on Friday.

News of her demise was shared on Twitter by activist Kavita Srivastava earlier today. “Kamla Bhasin, our dear friend, passed away around 3am today 25th Sept. This is a big setback for the women’s movement in India and the South Asian region,” she tweeted. “She celebrated life whatever the adversity. Kamla you will always live in our hearts. In Sisterhood, which is in deep grief.”

Kamla, an outspoken champion of women’s rights in India and South Asia since the 1970s, was best known for her work with Sangat: A Feminist Network and her poem Kyunki main ladki hoon, mujhe padhna hai.

Born in Shahidanwaali village in the Gujrat district of Punjab, in 1946, Kamla referred to herself as one of the ‘midnight generation’. After completing her graduation and post-graduation from Rajasthan, she won a fellowship to study ‘sociology of development’ at the University of Münster in West Germany.

A poet and an author, who identified herself as a “social scientist by training”, she wrote multiple books – a large number of them on feminism and women’s issues – since she started working on developmental issues in the 1970s.

Tributes and condolences poured on social media as the news of her death broke “Kamla Bhasin was not only a women’s rights activist, but also a philanthropist who set up and helped setting up many fine public Interest institutions like Jagori in HP & School for democracy in Rajasthan. She will be missed by many. May her soul rest in peace (sic),” lawyer-activist Prashant Bhushan tweeted.

Actor Shabana Azmi took to Twitter to condole Bhasin’s demise. “Fiesty Kamla Bhasin has fought her last battle, singing and celebrating a life well-lived. Her absence will be felt acutely, her gutsy presence, laughter and song, her wonderful strength are her legacy. We treasure her now as we did before,” Azmi tweeted.