Yamuna Expressway likely to be renamed 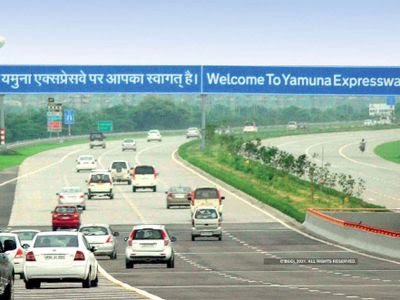 Yogi Adityanath-led Uttar Pradesh government is likely to rename the Yamuna Expressway after former Prime Minister Atal Bihari Vajpayee. The political slugfest over expressways in UP may intensify in the coming days with this development.

According to a report in Hindustan Times’ sister publication Livehindustan, Prime Minister Narendra Modi is expected to announce the new name on November 25, at the foundation stone laying ceremony of the Noida International Airport in Jewar.

If indeed renamed after the late former PM, the expressway will not be the first project in Uttar Pradesh to bear the name of the co-founder of the ruling Bharatiya Janata Party (BJP). In November 2018, nearly three months after Vajpayee’s demise, the Yogi government renamed the Ekana International Cricket Stadium in the state capital Lucknow as ‘Bharat Ratna Atal Bihari Vajpayee International Cricket Stadium.’

For the unversed, Yamuna Expressway, also known as Taj Expressway, was the first expressway of UP, started during the tenure of BSP supremo Mayawati. However, this expressway could not be completed during Mayawati’s time. It was later inaugurated by Akhilesh Yadav, who became the new Chief Minister on 9 August 2012, three months after the formation of Akhilesh Yadav’s government. This expressway was built by Jaypee Group.

It is a 6-lane 165-km long expressway that connects Greater Noida in the National Capital Region (NCR) with Agra in Uttar Pradesh. The expressway is constructed at a cost of over Rs 14,000 crore.