Akansha Kumari: Coal India’s first woman engineer to work in an underground mine 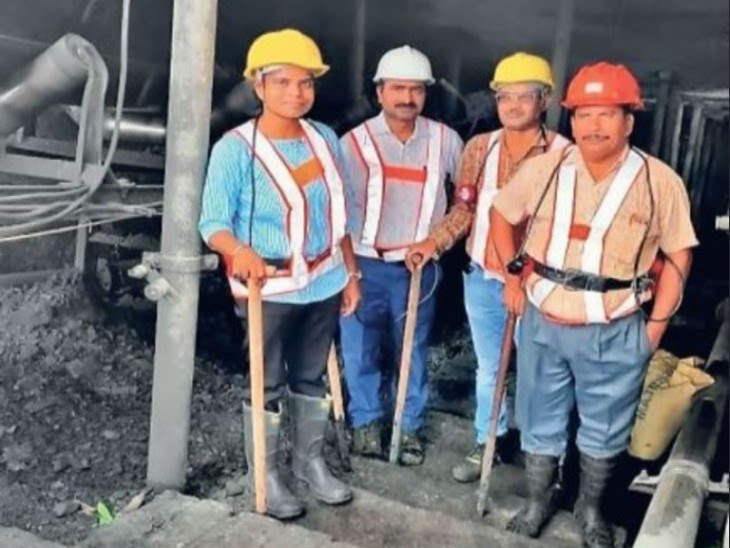 Akansha Kumari of Barkagaon in Hazaribagh district of Jharkhand has become the first Indian woman mining engineer to join Coal India Limited (CIL). She joined Churi underground mines, in the North Karanpura area of CCL, located in the state.

For unversed, women in India were barred from working in underground mines until as recently as 2019, when the government amended the law, permitting them to work in these areas in a bid to improve female labor participation rates.

Akansha is the second woman mining engineer in the Maharatna conglomerate Coal India Ltd (CIL) and the first one to join Central Coalfields Ltd (CCL) at its Churi underground mines in North Karanpura area in Jharkhand.

A CCL statement said, “Akanksha Kumari became the first woman mining engineer to join CCL. Our woman employees have been shouldering responsibilities ranging from officers to doctors to security guards and even running heavy machines like dumper and shovel and have excelled in each role.

“However, this is the first time when the core mining activity of one of the biggest coal mining companies of the world will witness this progressive change. ..Akanksha is the first one to work in an underground coal mine.”

A resident of Barkagaon in Hazaribagh district, Akanksha completed her schooling from Navodaya Vidyalaya.

Belonging to a mining belt, she witnessed coal mining activities from close quarters and was enamoured of it since her childhood.

“I developed a natural inquisitiveness towards mines and their activities since childhood, which led me to opt for mining engineering at Birsa Institute of Technology Sindri in Dhanbad.

She credits her family for unflinching support to follow her dreams. Coal Minister Pralhad Joshi, CMD, CCL PM Prasad along with all directors and the CCL family congratulated her.