Support Us
More
More
HomeNATIONFarmers to march on tractors for their demand
NATIONPEOPLE
January 7, 2021

Farmers to march on tractors for their demand 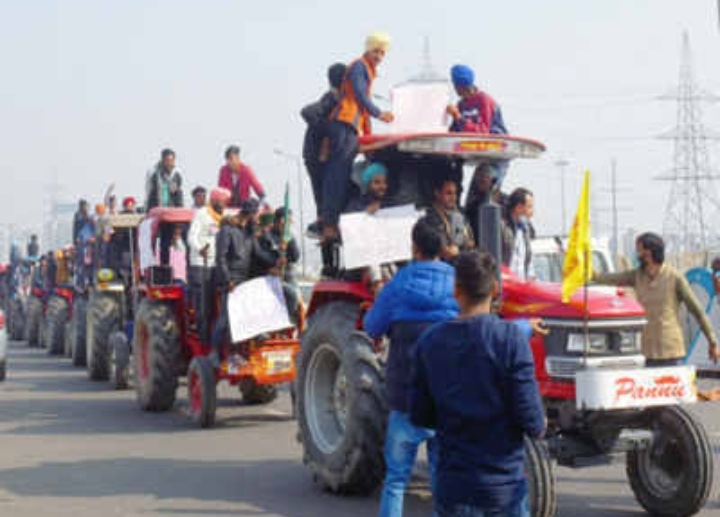 Demonstration of farmers has been going on continuously for the last 42 days in the capital Delhi. The agitation of the farmers is now increasing every day on the demand of the withdrawal of three new agricultural laws brought by the Modi government. Meanwhile, today farmers are going to take out the Samyukta Kisan Morcha Tractor Rally in the capital Delhi. During this time, a large number of security forces have been deployed along the border in view of the tractor march of the farmers on the Singhu border. Explain that in view of inclement weather, farmers had postponed the ‘tractor march’ to be held on Wednesday.

Many farmer organizations have said that this is the rehearsal before the tractor parade to be held on 26 January. A protestor on the Singhu border told, “Today we are going to rally the tractor. Our route will be the border border from here onwards and then there will be Ghazipur border. We will take our rights.”

Due to this, the rehearsal is likely to affect people passing through NH-9 including two national highways. However, Yogendra Yadav said that these farmers will not enter Delhi today. Meanwhile, National Highway Authority of India (NHAI) officials said tractors are not allowed on the Eastern Peripheral Expressway.

Police of Haryana and Ghaziabad have issued advisory and diverted the traffic of expressway. Trains coming from Haryana will be diverted from Karnal and Panipat towards UP.