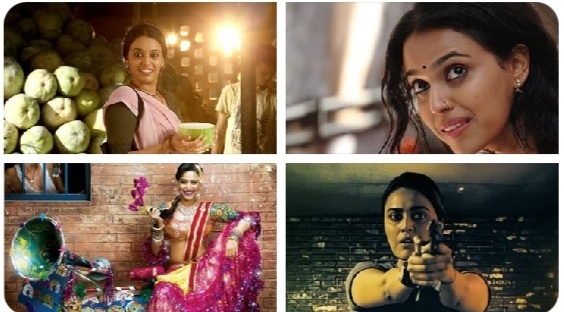 Swara is the daughter of naval Commodore C. Uday Bhaskar and was born and raised in Delhi. She has won two Screen Awards and has been nominated for a Filmfare Award on three occasions.

Swara made her film debut with a supporting role in the 2009 drama Madholal Keep Walking, a commercial failure.

But Swara came into the limelight with Kangana Ranaut’s Tanu Weds Manu in 2011. She was even nominated for the Filmfare Award for Best Supporting Actress.

The ‘Neerja’ actor took to her Instagram handle and shared pictures of her with Swara along with an adorable caption, “Dear Behen, we just spoke a day before and I realised that our friendship is a godsend. Sakshi, Bindiya and Chandrika… of every person you’ve essayed, my favourite remains the one you are off-screen. May your voice only amplify with time, love you lots. Happy happy birthday, Swaru. @reallyswara.” 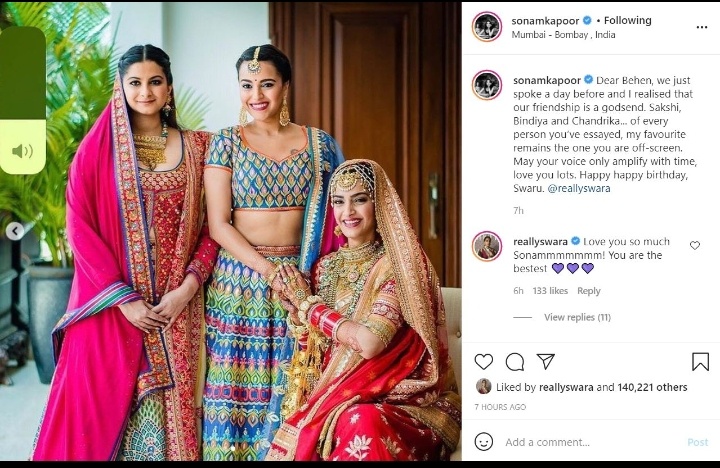 Soon, Swara replied to Sonam’s birthday wish and commented, “Love you so much Sonammmmmmm! You are the bestest.”

Swara Bhasker will be next seen in Jahaan Chaar Yaar. The film marks the directorial debut of screenwriter Kamal Pandey. The story follows four friends who are trapped in a rut of hapless monotony with grown-up kids and distant husbands. So, they take off for a Goa vacation which changes their lives. Jahaan Chaar Yaar also stars Shikha Talsania, Meher Vij and Pooja Chopra.