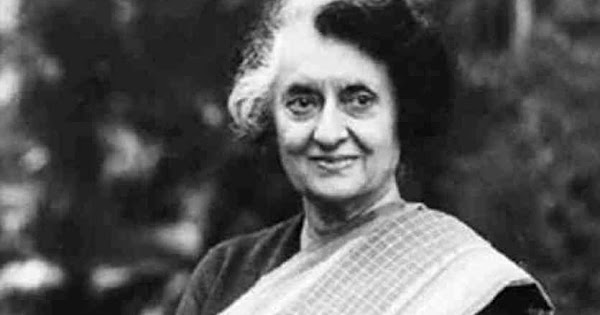 Today is the birth anniversary of Indira Gandhi, who is known as the Iron Lady of India. She was born on 19 November 1917 in the Nehru family in Allahabad. Indira Gandhi, the former Prime Minister of India, took many such big decisions, For which she will always be remembered. However, there was controversy over many of these decisions. Questions arose. But over time Indira appeared generally right with her decisions.

Indira became the Prime Minister of India when there was a strong syndicate in the Congress. He felt that after the death of Lal Bahadur Shastri, if he made a strong Congress leader the Prime Minister, then he would not be able to keep him as his puppet. Because of this, the syndicate cut the leaf of Morarjibhai Desai, the strongest contender for the post of Prime Minister.

The then Congress President Kamaraj made Indira the Prime Minister because she was the daughter of Jawaharlal Nehru, the most popular leader of the country, and she looked like a mute doll. After becoming the Prime Minister, Indira continuously strengthened her position. When the time came, she broke this powerful Congress syndicate and created a parallel Congress on her own, which later replaced the original Congress.

Nationalization of banks – Indira took this decision in a very dramatic way. In 1966, there were only around 500 branches of banks in the country. The benefit of which was usually available to the rich people only. But after the nationalization of banks, the common man also started getting the benefits of banks. They started depositing money in the bank. However, at that time Indira’s decision was seen as centralization of power and arbitrariness.

Pakistan declared war and created new Bangladesh – Since the formation of Pakistan, not only was the repression cycle going on continuously against Bengalis in its eastern part, but the rulers of Pakistan were also creating obstacles in the emergence of the leaders of East Pakistan. Due to this, refugees started coming to India on a large scale. India warned Pakistan about this. On which America told India that if it takes any action against Pakistan, then the consequences will not be good. Even after this, India liberated this area by sending troops to East Pakistan. Which came out as Bangladesh. America could not do anything in this matter even after wanting a million. It made Indira Gandhi’s image of an iron lady leader all over the world.

Garibi Hatao – In 1971, Indira Gandhi gave the slogan “Garibi Hatao” in response to the opposition’s appeal “Indira Hatao”. Under this, programs like funding, rural development, supervision and work were proposed. Although this program failed to remove poverty, Indira Gandhi’s slogan worked and she won the election.

Emergency – This was the most controversial decision of Indira Gandhi as Prime Minister. For which she is criticized even today. In fact, Rajnarayan, the United Opposition’s candidate, who contested against her in Rae Bareli in 1971, raised the issue of misuse of government machinery in the elections. On which the Allahabad High Court not only canceled his Lok Sabha election on 12 June 1975, but also banned him from contesting elections for 06 years. After this the opposition got a chance to surround her. She was asked to resign. The opposition led by Jayaprakash Narayan started demonstrations across the country. The strike started. This scared Indira Gandhi so much that she declared emergency. It violated civil liberties. There were mass arrests. Press freedom was abolished. There were illegal changes in laws. The Emergency became the most controversial period of Indian politics due to Tughlaqi decrees. However, when Indira announced new elections by removing it in January 1977, she was badly defeated by the angry public.

Food deal with America and currency devaluation – After becoming the Prime Minister, there was a situation of severe food crisis in the country. To deal with this, Indira made a big deal in her America tour, under which food grains were sent to India from America. US President Johnson immediately sent a consignment of 6.7 million tonnes of food grains to India. But America also put two strict conditions for it. First America’s help to India against Vietnam and secondly the devaluation of its currency. In India, this agreement was severely criticized. The economy was also affected but it helped India recover from the food crisis. After this, Indira herself worked to make the country stand on its feet in the matter of food grains.

Operation Blue Star – The demand for Khalistan in Punjab was gaining momentum. The whole country was in the grip of terrorism because of this. Janrail Singh Bhindranwala had become the leader of Khalistan. He made the Golden Temple his abode. Sikh terrorists were taking refuge there on a large scale and weapons and explosives were being stored in huge quantities. In such a situation, on the orders of Indira Gandhi, the army started an operation from 04 June 1984 to remove Bhindranwala from the Amritsar temple. In this Bhindranwala and his associates were killed. This operation was successful but it caused damage to the Golden Temple and hundreds of lives were lost. The sentiments of Sikhs were also hurt in a big way. There was generally a lot of anger among the Sikhs against Indira over this move. Later, Indira’s Sikh guards retaliated by killing her on 31 October 1984 at the Prime Minister’s residence in Delhi.

Read your horoscope predictions for December 3

Read your horoscope predictions for December 2