Jitiya Vrat 2021: Beginning of Jitiya Vrat from today, know the story and important things related to the fast

Jivitputrika Vrat is observed on Ashtami Tithi of Krishna Paksha of Ashwin month. This year this fast will start from 28th September and will continue till 30th September. 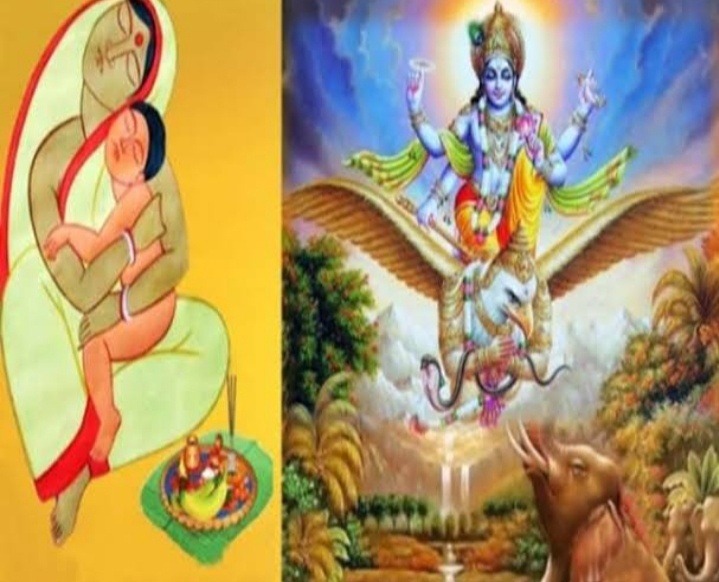 Jitiya Vrat 2021: Jitiya Vrat is also called Jitiya, Jivitputrika or Jimutavahana Vrat. This fast lasts for three days. Mainly, this fast is observed by mothers for the attainment of children and for their long life. According to the Hindu calendar, every year on the Ashtami date of Ashwin month, is the first day of Jitiya Vrat. Nirjala fast is observed on the next day.

What to do today?

One should not eat anything after sunset on the first day of Jitiya Vrat. According to the belief, doing so breaks the fast. Today is Ashtami Tithi of Ashwin month. Mothers will take bath and eat on Tuesday. The next day, on 29th September i.e. Navami Tithi, Nirjala Vrat will be kept. The fast will end on 30 September.

Gandharvaraj Jimutavahana was a virtuous and sacrificing man. He left the palace in his youth and went to the forest to serve his father. One day while traveling, he found Nagmata, when Jimutvahan asked the reason for her suffering, she told that Nagvansh is very upset with Garuda, in order to protect the dynasty, the dynasty has made an agreement with Garuda that they will give him one snake every day. And in return he will not do our collective hunt. In this process today her son has to go in front of Garuda. Hearing the whole talk of Nagmata, Jimutavahana promised her that he would not allow anything to happen to her son and instead, wrapped in a cloth, he himself would lie down in front of Garuda on the rock from where Garuda picks up his food and he did the same. Garuda, taking Jimutavahana in his claws, flew towards the mountain. When Garuda saw that the snake was quiet instead of crying and moving as usual, he removed the cloth and found Jimutavahana. Jimutavahana told the whole story to Garuda, after which he left Jimutavahana and also promised not to eat the serpents.