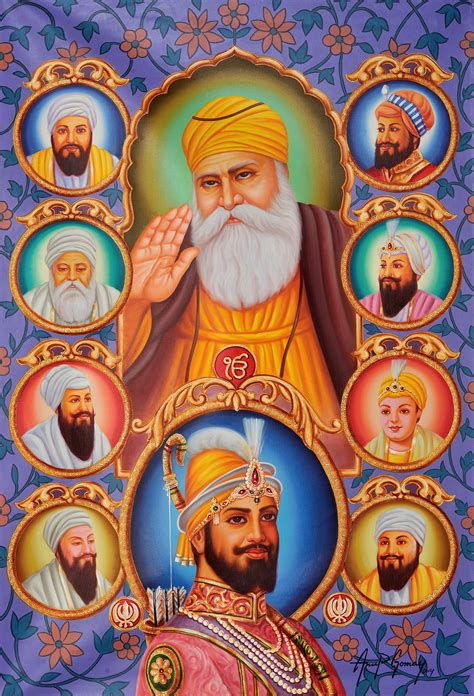 Guru Nanak Dev Ji was born on the day of Kartik Purnima in the year 1469 in a village called Talwandi. Guru Nanak Dev was associated with spirituality and devotion since childhood. Nanak Dev along with the local language has knowledge of Parsi and as well as Arabic language. Regarding spirituality, he emphasized that God is truth and man should do good deeds so that he should not be ashamed in the court of God.

Talking about childhood, when Guru Nanak Dev was young, he used to work as a shepherd and he used to meditate for many hours while grazing animals. One day while he was meditating, his cattle ruined the neighbours’ crops, and his father scolded him. But, when the village headman Rai Bullar went to see the field, the crops were absolutely fine. From this his miracles started and after that he became a saint.

At the time when Guru Nanak Dev Ji was born, there was no central organized power in India. Foreign invaders were engaged in plundering the country of India. Superstitions and rituals were spread all around in the name of religion. During this, Guru Nanak Dev Ji proved to be the great philosopher of Sikhism.

Propagation of religion around

Guru Nanak Dev Ji had all the qualities of a philosopher, poet, yogi, householder, religious reformer, social reformer, patriot and Vishwabandhu. He implemented the teachings in his life and became an ideal himself by preaching religion all around. Set an example of social harmony and gave the message of humanity.

During the Mughal Sultanate, the struggle of the Sikhs to protect the human rights of the people was from the rule of that time, for this reason the Sikh Gurus sacrificed themselves at the hands of the Muslim Mughals. In these critical times, Guru Nanak Dev worked to bring the society into the mainstream by awakening the spiritual consciousness.

The famous line of Sikhism is – ‘Nanak Naam Chardi Kala-Tere Bhane Sarbat Ka Bhala’. From this it is clear that the sacred purpose of Sikhism has been to do good to all by elevating humanity through devotion to God.