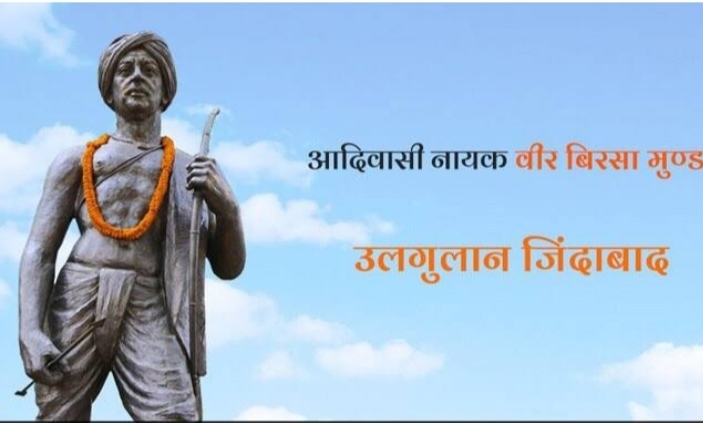 The sacrifices of the brave martyrs and revolutionaries for the attainment of Jharkhand rights and the burning of Ulagulan, which still burn, is still smelling of the sweat and sweat of the agitators in the creation of a separate state.

The state of Jharkhand is celebrating its 21st Foundation Day. The state of Jharkhand came into existence 20 years ago on 15 November 2000. A new state called Jharkhand was created by dividing Bihar. The then Prime Minister Atal Bihari Vajpayee played an important role in its construction. After the creation of the new state, Prabhat Kumar and Babulal Marandi got the privilege of becoming the first Governor and Chief Minister respectively. After the formation of a separate state, Foundation Day is celebrated every year on 15 November. But due to corona, the rituals are being performed only on the 21st foundation day.

The tribals of Jharkhand region have their own distinct identity and culture. At the political level, the Jharkhand Party was formed in 1938 under the leadership of Jaipal Singh. After this, the demand for a separate state gained momentum. Jharkhand Party had a strong presence in all tribal districts in the first general election. When the State Reorganization Commission was formed, there was a demand for Jharkhand which included the areas of Odisha and West Bengal apart from the erstwhile Bihar.

PM Modi tweeted on Sunday and wished for happiness, prosperity and good health of the people of the state. Significantly, the state of Jharkhand was established in the year 2000. This year the state is celebrating its 20th Foundation Day. On 15 November 2000, Jharkhand was carved out of Bihar and formed a new state.