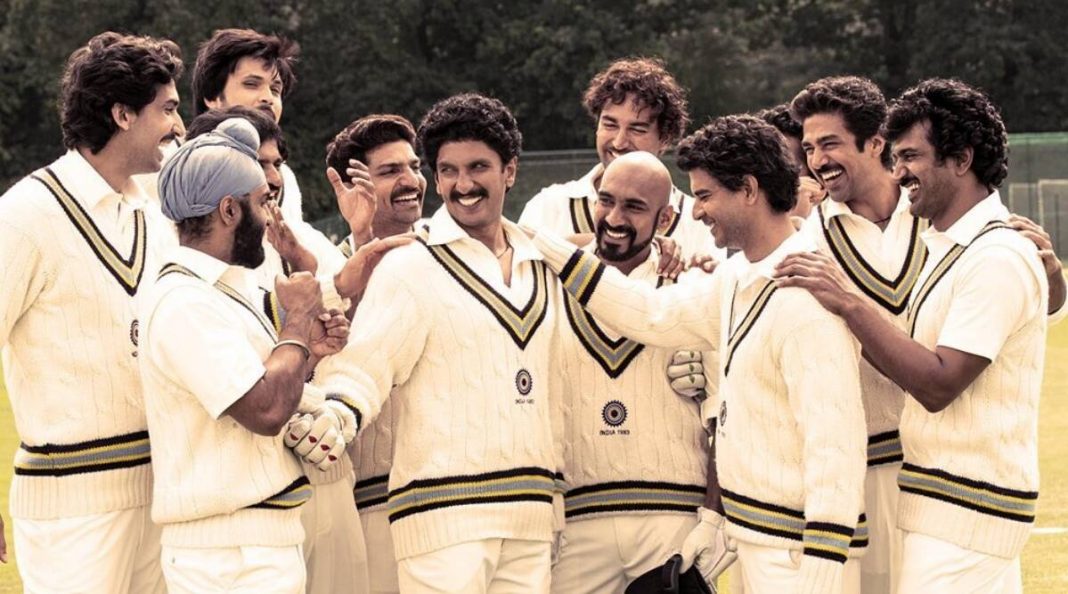 Cricket will unite India, this what former Prime Minister Indira Gandhi said in Ranveer Singh’s 83 movie. It was never Ranveer Singh in the protagonist of Kabir Khan’s movie, right from the first minute to the 152nd when Kapil Dev lifted the World Cup trophy at the Lord’s balcony. Ranveer played the Kapil Dev like he was born for the role and he didn’t disappoint the fans.

Team’s manager PR Mansingh played by Pankaj Tripathi was one of the main character in the movie. Mansingh united the dressing room and was the mediocre between captain Kapil and the senior players.

Young Kapil looked scare in front of seven senior players in the team but Mansingh always played that manager’s role who backed captain and rose his stature in the World Champions dressing room.

More than cricket the movie was about emotions that united the entire nation at times.

Kapil Dev’s unbeaten 175-run knock against Zimbabwe was never on-aired because of BBC’s world wide strike and in the movie that match was shown like it was made for the highlight of that memorable match. Ranveer played like Kapil’s clone right from his batting stance to bowling action.

While it was not only about Kapil as Kabir Khan didn’t missed a single player involvement in showing the great Indian dressing room.

Ranveer Singh has produced one of the greatest sports character in the big Bollywood screen and it can be said he has joined the elite list of marvelous acting by Bhaag Milkha Bhaag and Sushant Singh Rajput’s MS Dhoni The Untold Story.