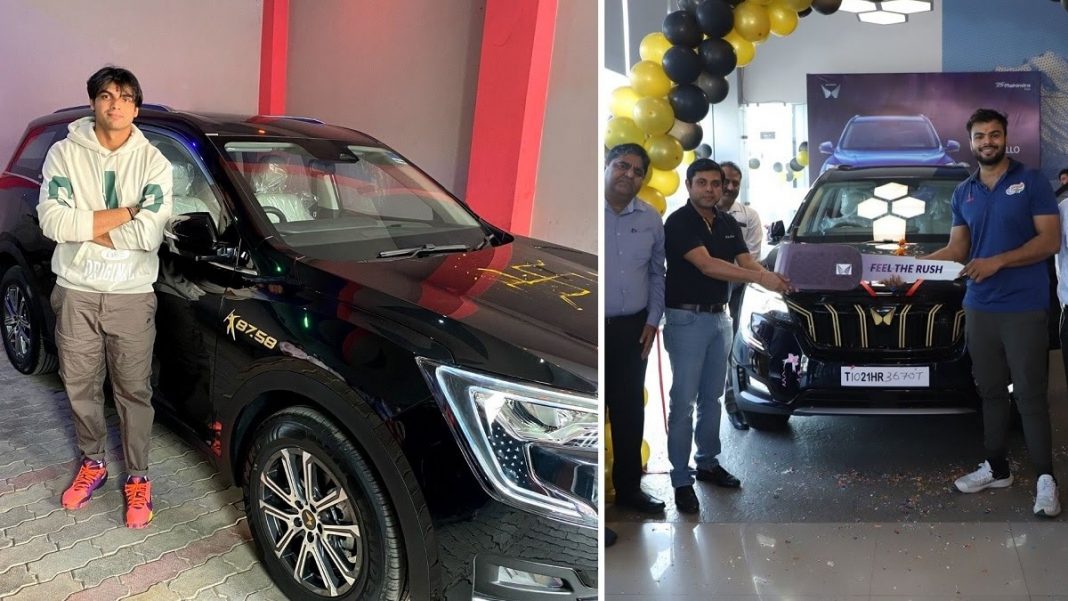 Tokyo Olympics gold medallist Neeraj Chopra has received his customised Mahindra XUV 700 with 87.58 (his Olympics throw) imprinted on it.

Receiving the Mahindra XUV700, Neeraj Chopra wrote, “Thank you @anandmahindra ji for the new set of wheels with some very special customisation! I’m looking forward to taking the car out for a spin very soon”.

“Thank you so much @anandmahindra sir for the beast My first SUV car and its XUV700 Golden javelin edition This will surely motivate me to do even more better in future. JAI HIND,” tweeted Sumit Antil.

“We are so proud of you @sumit_javelin. Thank you for giving us the privilege of sharing our very own ‘Javelin’ with you! May the Force be with you always (sic),” Anand Mahindra wrote sharing a picture of Sumit Antil posing with the car.

Earlier, Anand Mahindra had announced that he would felicitate Neeraj and Sumit with a customised Mahindra XUV 700 after his Tokyo Olympic win.