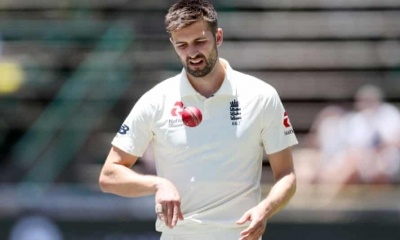 Wood spent a large portion of the match out of the park and reieved treatment.

Speaking on Sky Sports after the match, Atherton said, “Right elbow for a fast bowler [is] worrying, think of Jofra Archer. He’s not going to bowl again in this game I wouldn’t have thought and there must be a doubt for Barbados.

“When you look at the shape of England’s attack, it’s the pace that gives them that extra edge and it’s Mark Wood. Of the three that England fancy- Jofra Archer, Olly Stone and Mark Wood – Mark Wood was the last man standing and now it looks as though he’s injured as well, so it’s a blow for England.”

Wood injury has left England at a tricky position in the match as the fellow bowling mate Ollie Robinson is also a doubt for the second Test.