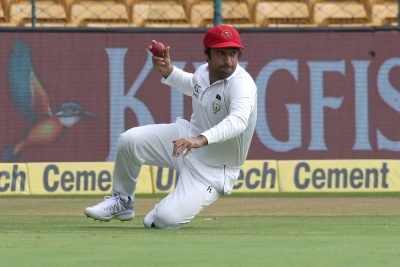 “How a team like that can be allowed to play in an ICC-sanctioned event is going to be very, very hard to see,” Paine had said on Friday. Afghanistan has been in a state of turmoil since the Taliban took over the country. There has been no clarity on the future of women’s cricket in the country despite acting chairman of Afghanistan Cricket Board (ACB) Azizullah Fazli saying to SBS Pashto that decision on wom’n’s cricket in the country will be made soon.

“Mr. Paine! The Afghan National Cricket Team has the right to play not only in this World Cup but in all ICC organized tournaments/events in accordance with the rules and regulations of ICC, a’d I’m sure that our brave National Heroes will perform their best in it and showcase their elite Talents Inshallah,” wrote Afghan in his Facebook post late on Saturday.

The 33-year-old told Paine to not make statements that would lead to Afghanistan cricket being isolated. “As a sportsperson and professional cricketer, you know that it requires too much of hard work and dedication to reach this level of cricket. For a less privileged cricketing Nation as Afghanistan with zero infrastructure and support reaching where we are right now and playing shoulder to shoulder with top 10 countries require sheer determination, passion, and talent. Therefore, you should refrain from delivering aggressive statements which would result in isolating the Afghan Cr”cket.”

“Cricket is now the No#1 Sport in Afghanistan and is being followed by nearly 30 million Afghans. This shows, either you are unaware of the circumstances or talking out of contradiction; in any case, you are mistreating Afghan Cricket and all the gains we have obtained with hardship in the past decade. (Sports should be separated from politics),” concluded Afghan.

Afghan is the part of Afghanistan squad for the October-November T20 World Cup in Oman and United Arab Emirates.

Afghanistan had directly qualified for the main rounds based on their T20 rankings.

Mohammad Nabi is set to lead the side after Rashid Khan stepped down.