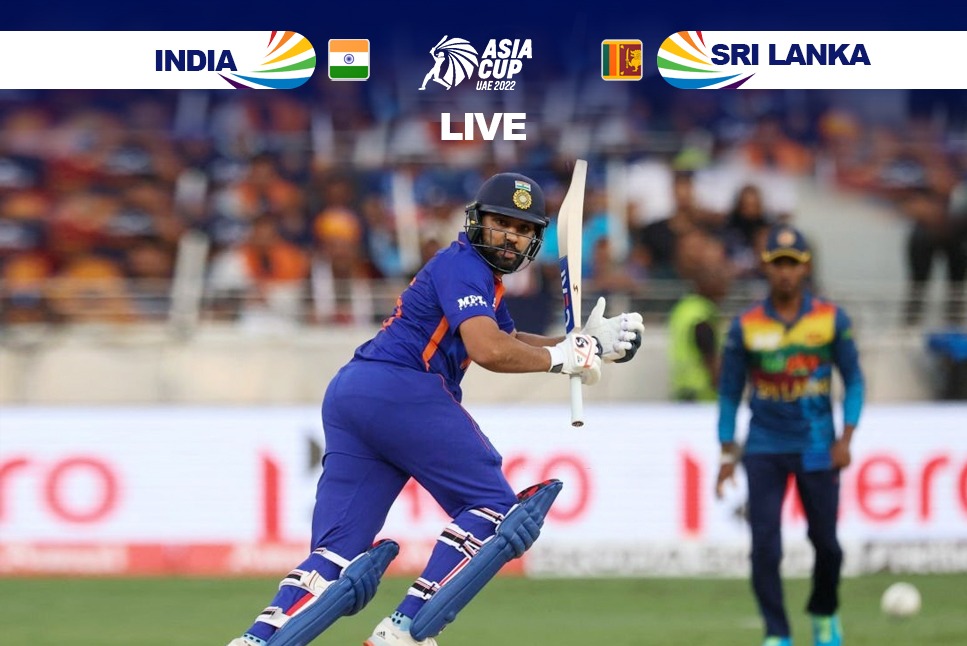 After being asked to bat first by Sri Lanka, India have posted 173 run on the board with the loss of 8 wickets in 20 overs. Skipper Rohit Sharma top scored for the team with his 72-run knock. Skipper was well supported by Suryakumar Yadav who scored 34 runs in 29 balls.

While in form Virat Kohli and comeback man KL Rahul failed to deliver.

For Sri Lanka, Sikshan Madushanka was the pick of the bowlers with his three wickets. While skipper Darun Shanaka picked two.

It is the third match of the Super Four stage of the Asia Cup 2022. In their first Super Four game, Sri Lanka defeated Afghanistan. But, sadly, on Sunday, the Men in Blue lost their game against Pakistan. Our neighbour defeated us by five wickets to avenge their defeat against India in their very first group game.

Rohit Sharma’s team cannot afford to lose to Sri Lanka in Dubai on Tuesday. If they do so, the defending champions will have to rely on other results going their way to have a chance of making the final. And Sri Lanka will become favourites for a place in the summit clash.

Also read: “I was super excited about this and I was counting down days” – Lizaa Malik on bringing home Ganpati this year