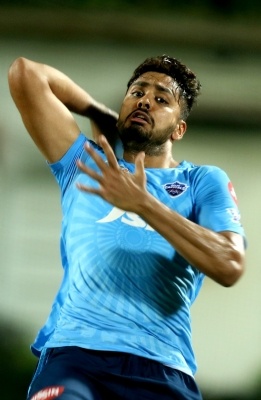 India pacer Avesh Khan has joined the ten-crore club in the ongoing Indian Premier League (IPL) auction on Saturday. With his 10 crore bid to Mumbai Indians he became the most-expensive uncapped player in IPL history.

There was a huge interest for Tamil Nadu’s left-arm spinner R Sai Kishore from Chennai, Delhi, Punjab Kings and Lucknow. Punjab and Gujarat Titans were in an intense battle before Hyderabad came in and eventually bought him for INR 3 crore.

Ishan Kishan was the most-expensive player on Day 1 of the mega auction with his 15.25 crore.

Mumbai Indians brought their wicketkeeper batter back to open along with their skipper Rohit Sharma.