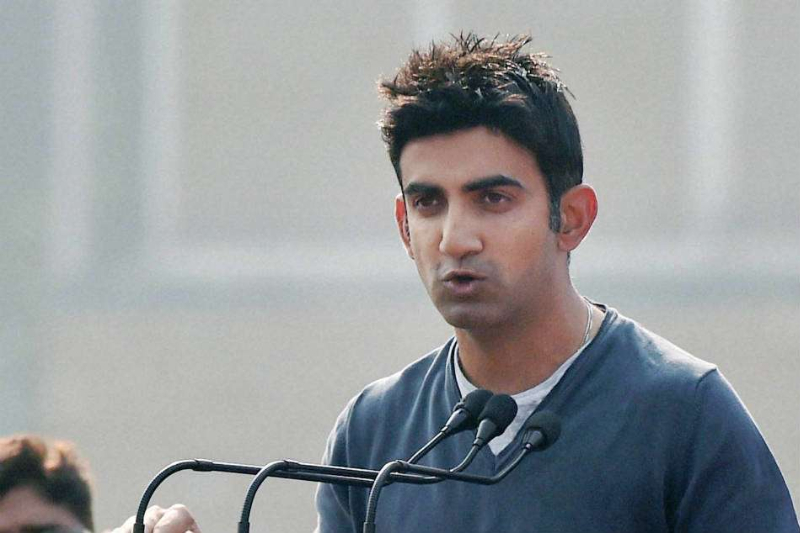 BJP MP from East Delhi Gautam Gambhir has received a threatening mail on Tuesday. He and his family have received death threats. The threatening person has written that ISIS Kashmir will finish them. In the night, Gautam Gambhir gave a complaint to Central Delhi DCP Shweta Chauhan, after which the police have increased security outside his house and the investigation is going on. Police is probing this case from every angle.

Gautam Gambhir remains in the discussion about his rhetoric on the leaders of the opposition, recently he surrounded Navjot Singh Sidhu. Gambhir asked Sidhu to call Pakistan Prime Minister Imran Khan his “elder brother” and asked him to first send his children to the border and then make such statements. Gautam Gambhir also said that India has been fighting Pakistan-sponsored terrorism for 70 years and it is “shameful” on Sidhu’s part to call the prime minister of a “terrorist country” his elder brother. He tweeted, “Send your son or daughter to the border and then call the head of a terrorist state your elder brother. He asked whether Sidhu remembers that Pakistani terrorists killed more than 40 of our civilians in Kashmir in the last one month. And killed the soldiers?”

At the same time, he also targeted Arvind Kejriwal’s visit to Ayodhya. He had said that the Delhi Chief Minister was doing politics of “double standards” in politics and was trying to “wash away his sins” by worshiping at the Ram Janmabhoomi site. Gambhir said that everyone knows what Arvind Kejriwal and his associates have said on Ram temple on various occasions. Now he wants to go to Ayodhya and wash his sins. Kejriwal is another name for hypocrisy and double standards in politics. Gambhir also said that parties like AIMIM are better than Kejriwal in some ways because they are clear about their communal agenda and work.