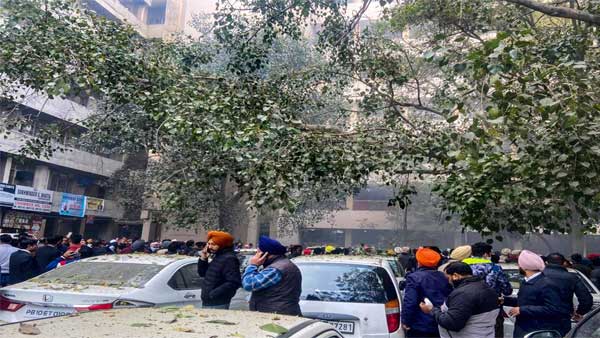 Following the death of two people in a court blast in Ludhiana, BJP leader Manjinder Singh Sirsa has lashed out at Punjab Chief Minister Charanjit Singh Channi for relating the incident to the upcoming polls in the state.

Stating that the incident was a result of instability in Punjab power, Sirsa stated that Channi should resign as Chief Minister.

“I am shocked by the law and order situation in the state. The CM has claimed that the blast was aimed at creating unrest ahead of elections. When you are aware that such incidents could occur in the state before polls, why were you not prepared to keep the law and order under control? The CM should morally resign over his failure to prevent such an incident,” the former SAD leader told Republic,” said the BJP leader.

On Thursday at around 12:25 PM, a blast took place in women’s washroom inside the Ludhiana Court Complex that killed two people.

“No previous governments have ever seen a situation where a party has changed the CM and his cabinet three times, yet they are unable to appoint DGP or run the government. The Home Minister says something but the CM says something else and state party chief Navjot Singh Sidhu has a different opinion entirely. In such an unstable situation if such incidents occur, who should be held responsible? He is citing elections as the reason behind the blast. What can we expect from the CM? It is a shameful, irresponsible statement,” Sirsa added.