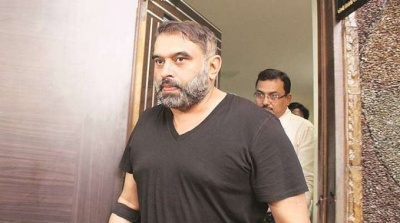 Bollywood producer Parag Sanghvi arrested by Mumbai Police in a cheating case. Sanghvi has been sent to police custody till December 25.

The Economic Offences Wing (EOW) arrested Sanghvi, the CEO of Alumbra Entertainment, in a cheating case filed in 2018.

As per the complaint filed with EOW, the aggrieved party had three flats in a building in posh Turner Road in Mumbai’s Bandra.

The EOW lodged the FIR two years back and after the investigation, finally arrested Sanghvi on Tuesday.

Earlier Sanghvi had been raided by by the Enforcement Directorate in a bank loan default and money laundering case.

He was also involved in a cricket betting case years back.