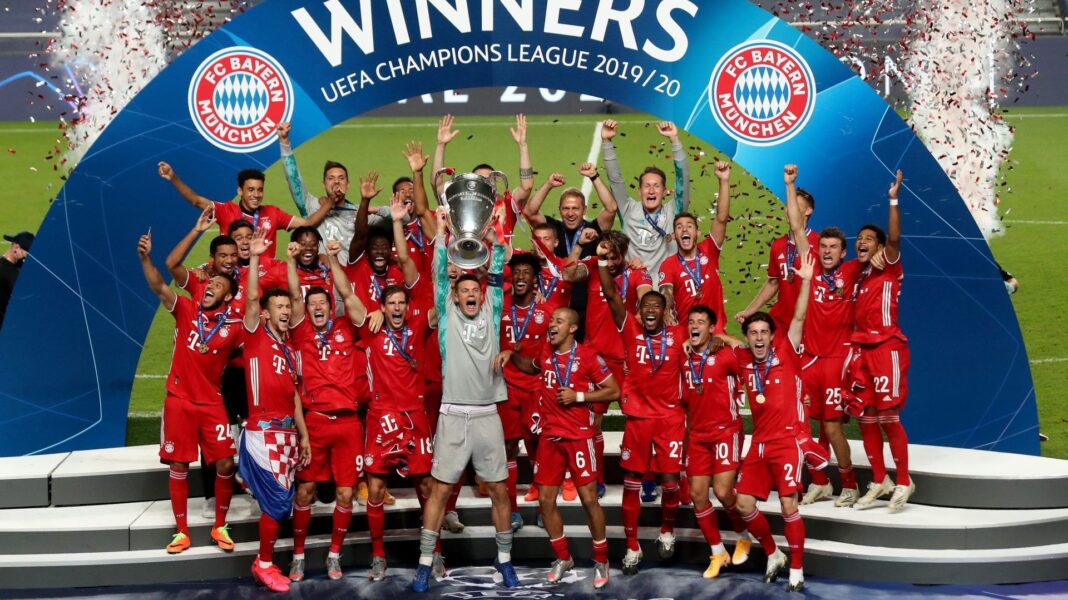 German club Bayern Munich won the UEFA Champions League 2020 title with the continuation of their excellent performance. Bayern beat Paris Saint Germain (PSG) 1–0 in the finals which held in Lisbon on Sunday. The dream of winning the first title for PSG gets veined. PSG also played their first-ever final in the club history.

Kingsley Coman scored the only goal of the title in the 59th minute. The Paris-born Koman scored a header against his former club, he also became the fifth Frenchman to score a goal in the Champions League final.

Bayern Munich beat Lions 3–0 to enter the finals, while in the quarter-finals they beat Spanish club Barcelona 8–2, which was the shame for the Barcelona’s side and the future of veteran Lionel Messi, who is the star player for Barcelona and the Spanish club was questioned.

Neymar, the world’s most expensive footballer, got a big chance to prove himself in the Champions League final, but he could not make his team Paris Saint Germain (PSG) to win in the title. The 28-year-old player said before the finals, “We are not going to stop here.” We will try to live the title.” But his dream is still unacheived.