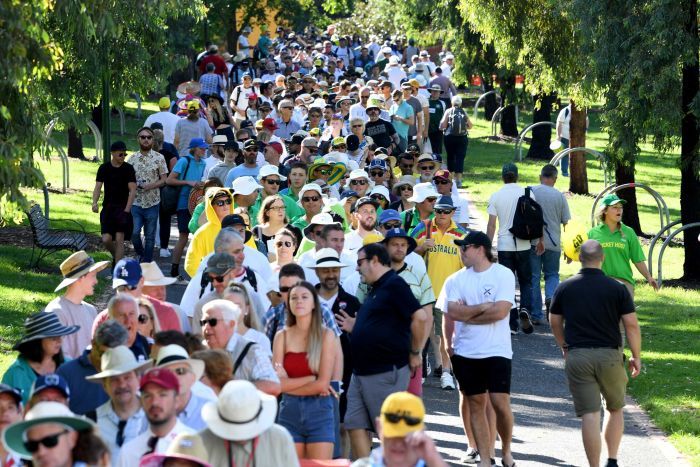 Cricket Australia (CA) announced on Tuesday that the first day-night Test against India at the Adelaide Oval from 17 December will have 27,000 spectators, which is 50 per cent of the stadium’s capacity.

Cricket matches are being played without spectators in a bio-safe environment amid Corona virus epidemic. There will be spectators in the series between India and Australia though. The Indian team will play three ODIs, three T20s and four Tests in Australia.

The tour will begin with the first ODI in Sydney on 27 November. The Test series will be played in Adelaide from 17 December. According to Cricket.com.com, ’50 percent of the spectator capacity will be sold at Adelaide Oval, which means 27000 tickets will be available for every day.’