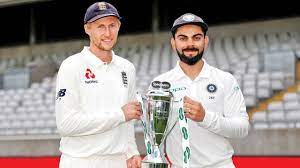 The fifth and final Test match between England and India at Manchester which was due to start on Friday has been cancelled after COVID-19 case in the Indian camp, rendering the visitors unable to field a team.

The ECB, on Friday 10 September, stated: “Following ongoing conversations with the BCCI, the ECB can confirm that the fifth Test between England and India Men due to start today at Old Trafford, will be cancelled.

“Due to fears of a further increase in the number of COVID cases inside the camp, India are regrettably unable to field a team.

“We send our sincere apologies to fans and partners for this news, which we know will cause immense disappointment and inconvenience to many.”

Till now it’s not clear that Indian have forfeited the match or not. If not then India will take the series 2-1.