England vs India: Leeds’ loss will prompt Virat Kohli and company to do well in remining matches, says Dinesh Karthik 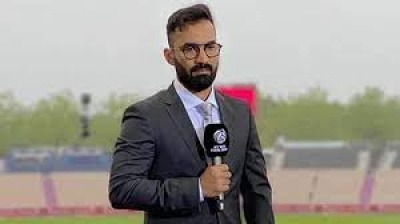 Indian wicketkeper batsman Dinesh Karthik said that the loss in the third Test match at Leeds will prompt the Indian team to do well in the remaining two Test matches.

Karthik reminded that the last two time Indian team were bowled out under 100 runs, they went on winning the next match.

“The last time India were bowled out for less than 100 in an away Test, they roared back brilliantly to beat the Australian lion in its own den in the winter. In that sense, they have a little bit of history to fall back on, and the Leeds defeat will spur them to do better in the two remaining Tests,” wrote Karthik in his column for The Telegraph on Wednesday.

“Leeds was a humbling experience, without a doubt, but there is too much experience and quality in the Indian ranks for them to be bogged down by a Test match in which nothing went right. Knowing them, they will take on board the lessons learnt and quickly move on, which is most prudent given the short turnover between matches and with a series still to be won,” added Karthik.

“When India last won a series in England in 2007, Anil Kumble got our only hundred of the series in the final Test at The Oval, but there were five other fifties — including 90s from MS Dhoni and myself — in our first-innings 664, reiterating the significance of the collective.

“Virat, Cheteshwar Pujara and Ajinkya Rahane, India’s three most experienced batsmen, have only one fifty each in five innings apiece. But knowing how much pride they take in making a difference, they will be itching to correct that anomaly as we approach the business end of the series. What better ground to rediscover run-scoring ways than The Oval?”

Karthik signed off by thanking people in the commentary box and fans for an overwhelming response in his maiden commentary stint. After the third Test at Leeds, he will now be joining the Kolkata Knight Riders team in Abu Dhabi ahead of the second leg of IPL 2021.

“On a personal note, I am off to the UAE to quarantine and train before the IPL resumes on September 19. May I say what an absolute pleasure it has been to spend the last two-and-a-half months in England, sharing the commentary box with several legends of the game.”