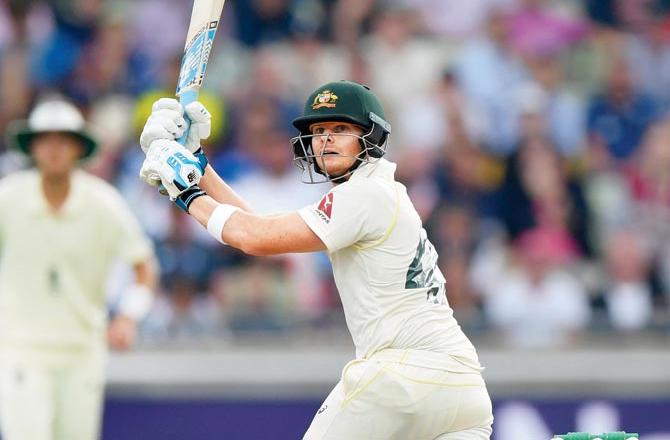 Former England skipper Michael Artherton has raised objection on Steve Smith being elected as Australia skipper for the first time after the ball tampering scandal in 2018. Smith took over from Michael Clarke in 2015 as Australia’s Test captain and served in the role until 2018 when he was ousted after the sandpaper scandal in South Africa.

Atherton, though, d’esn’t seem to be convinced with Smith the Test captainn. “I think once’you’ve been punished and done your time in any reasonable society there must be a chance for people to come again. The only thing I wonder about Steve Smith, his role as captain generally’ he’s so self-absorbed it seems to me as a cricketer, certainly as a batsman, he seems to exist in his own world, this bub”le,” said the 53-year-old on SEN Test Cricket.

“I just wonder about his role generally as captain, I have no problems with him being given the opportunity again, whet’er he’s the best man for it is another quest’on. I’ve always found it odd the slight differential in punishment between Smith and David Warner, I’ve never quite understood that,” added Atherton, who played 115 Tests for England.

Smith is captaining Australia following Pat Cummins’absence for being in close contact of COVID-19 patient.

He has also raised objection on England’s team selection, especially Jack Leach’s ouster, ahead of the second Ashes Test at Adelaide Oval.

“It’s curious isn’t it, we’re here at Adelaide, there’s not a cloud in the sky, the pitch looks brown and England have five seamers. Last week at the Gabba, the pitch looked tinged with green, it seemed cloudy and overcast and a bit of humidity as well and they went with the spinner.”

“It seems curious and counter-intuitive. I think it’s one of the problems England have at the moment, they slightly overthink matters and they’re always playing a game ahead of themselves rather than the game that’s right in front of them.”

At the end of Day 1 Australia are in comfortable position to take a massive lead in second Tes. Middle-order batter Marnus Labuschagne has scored another hundred while David Warner got out on 95.