Gabba Test: Sundar, Thakur brings India back in the game 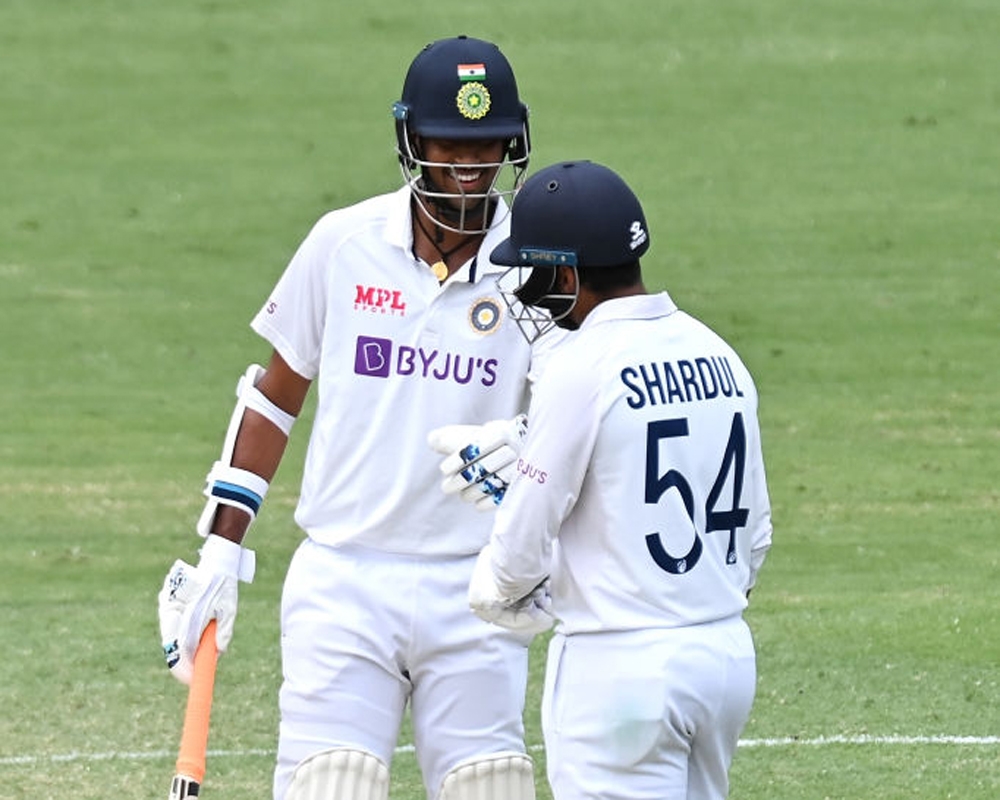 At the end of the third day of play between India and Australia at Gabba. The Australian team is in the lead of 54 runs. Indian team started their day at 62 for 2 and the team lost six wickets at the score of 186 runs. Washington Sundar and Shardul Thakur came to rescue team India with no hopes of getting close to the lead.

The duo went for a partnership of 123 runs and shocked the Australian team. Sundar is playing his first Test match while it was he second for Thakur. Thakur was the leading Indian scorer with his 68 runs while Sundar has contributed with his 64 runs.

The duo are being praised all-around the cricketing spectrum after their excellent performance. Indian team ended their first innings at 336 which was looking below 210 at a time.

Two more days left in the match and team India will be looking to bowl out Australia below 200 and get win the match. But as of now looking at the approach of the hosts, it might be possible the match would end in a draw.