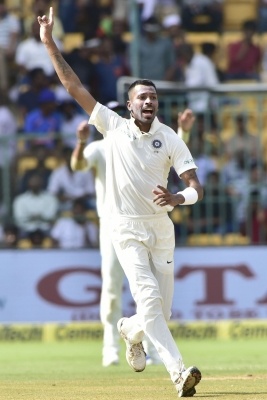 Star India all-rounder Hardik who has been out of the game since the T20 World Cup in November has now decided to skip the upcoming Ranji Trophy season to focus on the white-ball cricket.

Baroda Cricket Association revealed their 20-member squad for the impending first phase of the tournament where Kedar Devdhar was named as the captain. Hardik’s name wasn’t part of the list.

Days before BCCI president Sourav Ganguly said he want the all-rounder to play in the Ranji Trophy to get back in the zone.

“Hardik was injured and a break was given to him to completely recover, so that he can continue to serve Indian cricket for a long period of time. I believe I will see him play some Ranji Trophy to start with. I expect him to bowl a lot more overs and his body will get stronger,” Ganguly had said.

Hardik will return later in March for IPL 2022 where he will be leading the CVC-owned Ahmedabad franchise.

The Ranji Trophy will be played in two-phase format that will begin from February 10.