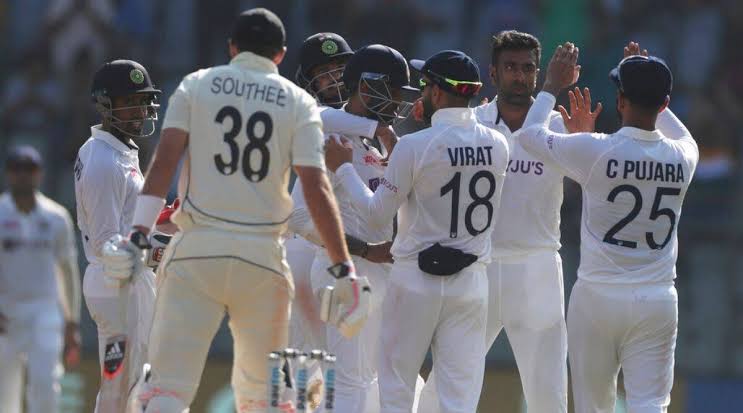 India defeated New Zealand by 372 runs to register their biggest win by runs in Test cricket and take the two-match series 1-0 on Monday. This was India’s 14th consecutive series win at home and the home side has also ended New Zealand’s 10-match unbeaten streak in the longest format.

Agarwal had scored a brilliant 150 runs in the first innings of Mumbai Test followed by 62 runs in the second while Ashwin had picked 14 wickets in two Test vs New Zealand.

Meanwhile, there were many records that were created and broken in the last match incluing New Zeland off-spinner Ajaz Patel perfect 10 in an innings.

Here are the few records:

New Zealand have not won a Test series in India in their 12 attempts. Last they won a Test match in India was way back 1988 at Wankhede.