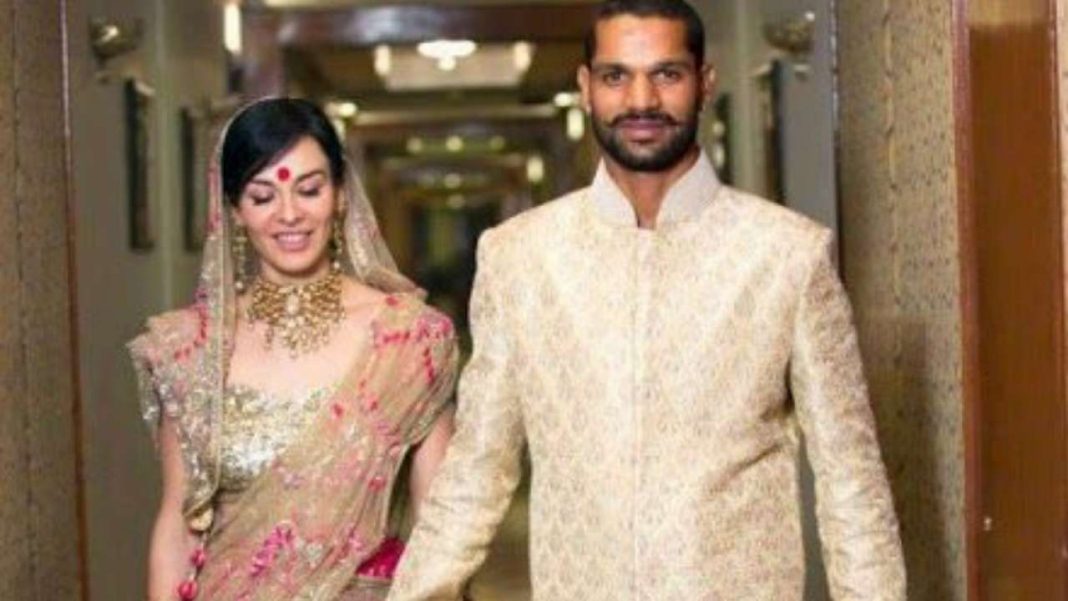 Indian opener Shikhar Dhawan and his wife Ayesha Mukherjee have parted ways after 8 years of marriage according to few news agencies.

Dhawan is currently in United Arab Emirates (UAE) for the remaining half of the IPL-14.

Dhawan has also shared an emotional post on Instagram but he never quoted directly about his divorce.

However his wife Ayesha Mukherjee has shared a post that implies to their divorce. However the account is not verified but still the post is getting viral.

“I thought divorce was a dirty word until I became a 2 time divorce. Funny how words can have such powerful meanings and associations. I experienced this first hand as a divorcee. The first time I went through a divorce I was soooooooo fu@kn scared. I felt like I had failed and I was doing something so wrong at that time, wrote Ayesha on Instagram.
⠀
“I felt as if I had let everyone down and even felt selfish. I felt that I was letting my parents down, I felt that I was letting my children down and even to some extent I felt as if I was letting god down. Divorce was such a dirty word. So now imagine, I have to go through it a second time. Woooahhhhhh. That is terrifying. Being divorced once before already, felt like I had more at stake the second time round. I had more to prove. So when my second marriage broke down it was really scary. All the feelings I felt when I went through it the first time came flooding in. Fear, failure and disappointment x 100. What does this mean for me? How does this define me and my relationship to marriage? Well, once I went through the necessary actions and emotions of what had happened I was able to sit with myself and see that I was fine, I was actually doing great, even noticed my fear had totally disappeared. The remarkable thing is I actually felt much more empowered. I realised my fear and the meaning I gave to the word divorce was my own doing,” she added.
⠀
“So, once I realised this I started to redefine the word and the experience of divorce according to the way I wanted to see it and experience it.”
⠀
“Divorce means choosing myself and not settling and sacrificing my own life for the sake of a marriage. Divorce means even though you do your best and try your best things sometimes do not work out and that’s ok. Divorce means I have had amazing relationships that have taught me great lessons to carry forward in new relationships. Divorce means I am stronger and more resilient than I ever thought. Divorce really means whatever meaning you give to it. If you’re struggling with divorce or scared to end a relationship based on being labelled a divorcee then DM ‘divorce’ and book in a vision call with me to work 1:1,” she concluded.

Dhawan was the captain of the Indian side during the Sri Lanka series and has been a vital cog for the Indian team for almost a decade.

The Board of Control for Cricket in India (BCCI), is likely to announce the T20 World Cup squad on Wednesday. Shikhar Dhawan is also eyeing for a spot in the final 15. However the BCCI is set to announce a big squad of reserves as well.