Support Us
More
More
HomeSPORTSIndia need to set their own template: Rohit Sharma ahead of New...
SPORTS
November 16, 2021

India need to set their own template: Rohit Sharma ahead of New Zealand T20Is 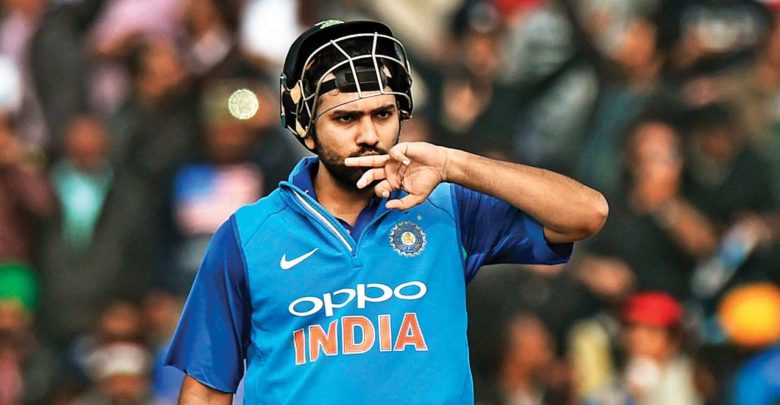 India T20I skipper Rohit Sharma has said that team needs to get the template right in the game for the results. He focused on the fact that India needs to form their own template rather than other’s formula.

“I think the template is a very important one. We just need to set the template right, and we have got some time to do that. India has been brilliant in T20Is but it’s just that we just haven’t won an ICC tournament. But we have played and performed well as the team. Of course, there are some holes that we need to fill up and make sure that they are looked after. That will be the biggest challenge as the team to do that. I’m not saying we should follow certain team’s template. We just have to follow and create our own template, which is best and right for our team,” said Sharma.

India will take on New Zealand in a 3-match T20I series starting Wednesday.

The Men in Blue will see a new head coach- Rahul Dravid and skipper Rohit Sharma.

Many big players like former T20I skipper Virat Kohli, Ravindra Jadeja, Hardik Pandya, Jasprit Bumrah and Mohammed Shami are missing from the team lineup as they have been rested ahead of the busy overseas calender.

Throwing further light on the significance of template in T20s, Sharma added, “It’s important because when you compare it to Syed Mushtaq Ali Trophy or the IPL, where our Indian boys play, they play differently in their franchise, Syed Mushtaq Ali Trophy and the Indian team. We strictly want to assign the role that we want them to do here because at the end of the day, what they do here matters. For that, it can take a while or few games as well. For us, it is important to give them that long rope and confidence to do their role to perfection. It will be about that as we are starting fresh after the World Cup. We have set some ideas and thoughts for this particular series now. Let’s see how that pans out and we will take it from there.”