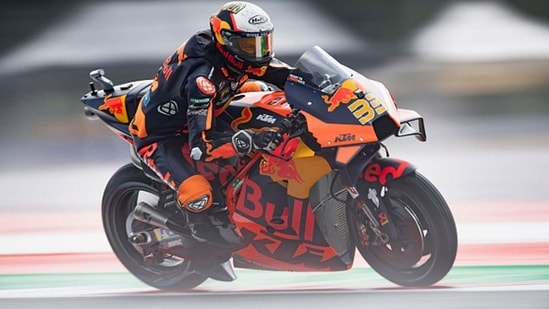 India is set to host ts maiden MotoGP World Championships race at the Buddh International Circuit in Greater Noida in 2023.

“MotoGP also has plans to also introduce MotoE into the Indian racing scenario, which will not only be a first in Asia but a significant green initiative with net zero carbon emission,” the promoters of the event said in a release.

“India is key to our scheme of taking MotoGP sport to new frontiers. All (motorcycle) manufacturers (racing in MotoGP) have an interest in India which is an incredible market for them. MotoGP as a product is meant for India and vice-versa. The match is good,” said Carlos Ezpeleta, managing director of Dorna.

While the MoU was being signed, Dorna CEO Carmelo Ezpeleta met Uttar Pradesh chief minister Yogi Adityanath to apprise him of the event. The CM has said that his “government will provide all the necessary support to make this event a huge success”. Virat Kohli shares a glimpse of his video chat with Anushka...