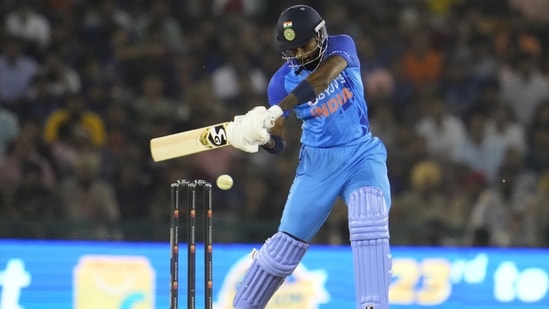 After being sent to bat first India posted 208 runs on the board for the loss of 6 wickets in 20 overs vs Australia in the first match of the three-match T20I series in Mohali. KL Rahul batted brilliantly for the Indian team with his 55-run knock while towards the end, all-rounder Hardik Pandya stole the show with his 71-run knock. Suryakumar Yadav scored a quickfire 46 runs in 25 balls to get the team in line in the middle-overs.

Rohit Sharma and Virat failed to deliver in the big match.

For Australia Nathan Ellis was the pick of the bowlers with his three wickets while Josh Hazlewood picked two wickets and Cameron Green got one.

Earlier, Australia captain Aaron Finch won the toss and elected to bowl first. Tim David made his debut for the Australian team.