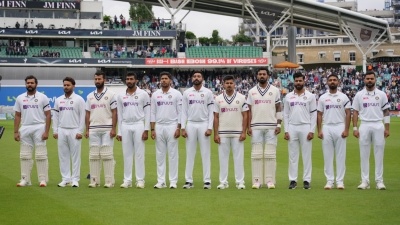 The Indian team is wearing black band on the first day of the fourth Test match against England at The Oval in honour of renowned cricket coach Vasudeo Paranjape, fondly known as Vasoo Paranjape.

“The Indian Cricket Team is sporting black armbands today to honour the demise of Shri Vasudev Paranjape (sic). #TeamIndia,” read the tweet from the BCCI with a picture of the Indian team wearing the black armbands while standing for the national anthem.

The gesture was lauded by his son Jatin Paranjape. “Paranjape family is very touched by this gesture [three prayer emojis],” read his tweet.