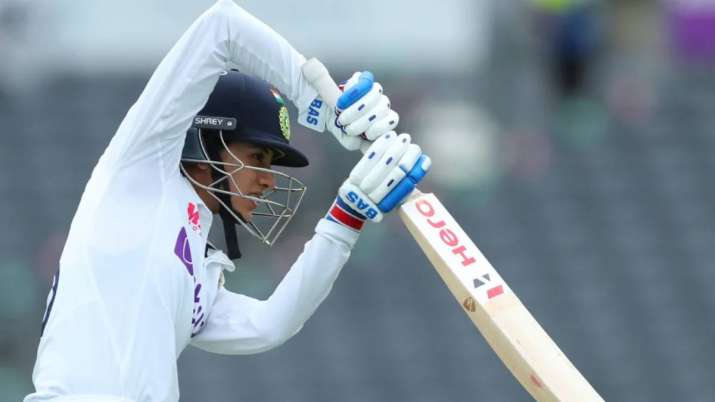 Indian Women’s Cricket Team’s opener Smriti Mandhana has been voted the ICC Women’s Cricketer of the Year by the ICC. The ICC announced this by issuing a statement on Monday. She played a total of 22 international matches last year. In so many matches, Smriti had scored 855 runs at an average of 38.86. During this she scored one century and five half-centuries.

Smriti batted brilliantly in all three formats of the game last year and that is why the ICC has selected her for the Rachel Heyhoe Flint Trophy. Mandhana is counted among India’s finest batsmen and has increased her importance with her performances year after year.

The Indian women’s cricket team struggled in 2021, but Smriti Mandhana showed her bat skills throughout the year. India had hosted South Africa and played eight matches out of which India won only two matches. Mandhana played a big role in both the matches. In the second ODI, India chased 158 runs and Mandhana scored an unbeaten 80. She scored an unbeaten 48 runs in the last T20 match of the series.

India also played a Test match against England in 2021 and Mandhana showed a great game in this. She scored 78 runs in the first innings. This match was a draw. In the ODI series, India had won only one match and in this Mandhana had scored 49 runs. She scored fifty in the second T20 match.

After the England tour, Mandhana also performed amazingly on the Australia tour. She scored 86 runs in the second match of the ODI series. She scored a century in the test match played against Australia. It was a day-night test match and Mandhana’s century in this match became memorable. This was her first century in Tests.