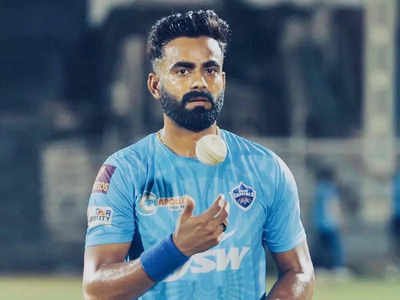 Kulwant Khejroliya has replaced left-arm orthodox bowler Manimaran Siddharth in the Delhi Capitals squad following the spinner’s injury. Siddharth got quadriceps strain during the team’s training session in Dubai. Kulwant was earlier part of Royal Challengers Bangalore and his name was in big fame when people started comparing him with Australia’s left arm-pacer Mitchell Starc following his high-arm action.

“Left-arm pacer @KKhejroliya, who was already a part of the DC bio-bubble as a net bowler, joins the roster for the remainder of #IPL2021 as @Siddharth_M03’s replacement,” tweeted Delhi Capitals.

While Siddharth will be heading back home and the franchise is looking at his rehabilitation programme.

The fourteenth edition of IPL will resume on September 19 in the United Arab Emirates with the blockbuster clash of Mumbai Indians and Chennai Super Kings. Delhi Capitals will play their first match of the UAE-leg of the season against SunRisers Hyderabad on September 22.