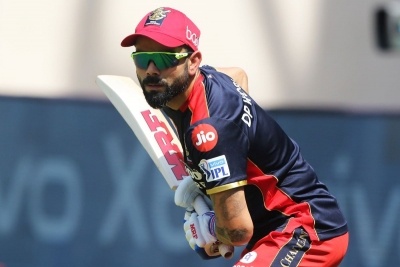 Royal Challengers Bangalore skipper Virat Kohli stated that the replacement players coming in the side have great skillset and he is very excited to see them with the whole group.

“I have been in touch with everyone. We have had discussions over the last month or so, a little longer with that with the replacements and who’s coming, who’s not. Eventually, we ended up replacing our key players with some top-quality cricketers. Our key players will be missed and they are a part of the family. But the people coming in have some great skillsets, especially in these conditions. I am very excited to see them with the whole group at practice & very excited to resume a very good season that we started last time around,” said Kohli in a video posted by the franchise on Monday.

“Heading into the T20 phase, I think it is going to be a very exciting phase and every important one for us at RCB and then for the Indian team in the World Cup as well.”

Virat pointed out on reaching UAE early after the cancellation of the fifth Test match vs England at Manchester.

“Unfortunate how we ended up being here early. But with Covid in place, things are very uncertain. So, anything can happen at any time. Hopefully we are able to maintain a good, strong secure environment and have a quality IPL and then onto the World Cup.”

The Bangalore based team will start their second half IPL 2021 campaign against Kolkata Knight Riders on September 20 in Abu Dhabi.

RCB are currently at the third spot in the points table with five wins and 10 points in their seven matches.