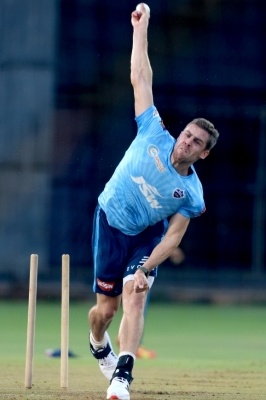 Delhi Capitals pacer Anrich Nortje is on Cloud 9 after he his splendid performance vs SunRisers Hyderabad on his comeback in the team.

In the run-up to the tournament, Nortje had been out of action due to a persistent hip injury, ruling him out of South Africa’s series against India and New Zealand.

In his first game of IPL 2022 against Lucknow Super Giants, Nortje had looked rusty and had to be taken out of the attack after bowling his second beamer, with his figures reading 0/35 in 2.2 overs.

In getting back to his fiery self, Nortje revealed that he went back to mastering the basics of the game. “Since the last game it’s nice to just build it up, try and remember what I did at certain stages, how I felt, certain angles. I’m quite a basic guy so getting those basics right is quite important for me. So since the last game, I was just working a lot on rhythm and now I need to focus on a bit of skill but it was nice to be back out there and feel like my old self in a way.”