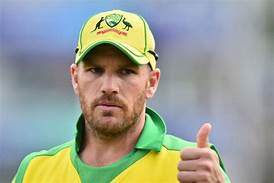 Australia limited-overs skipper Aaron Finch has signed a new contract with Kolkata Knight Riders as the IPL franchise has roped the Australia veteran for the upcoming Indian Premier League (IPL) 2022.

The development came after Hales had withdrawn from IPL 2022 citing bubble fatigue as the reason.

“Kolkata Knight Riders (KKR) have signed Aaron Finch as a replacement for England batter Alex Hales for the TATA Indian Premier League (IPL) 2022. Hales has cited bubble fatigue as his reason for withdrawal from the tournament,” the IPL said in a release on Friday.

Finch, Australia’s ICC T20 World Cup-winning captain who had gone unsold in the IPL 2022 Mega Auction, has so far played 88 T20Is and scored 2686 runs with the help of two centuries and 15 half-centuries.

KKR will open their campaign against Chennai Super Kings on March 26 at the Wankhede Stadium in Mumbai.