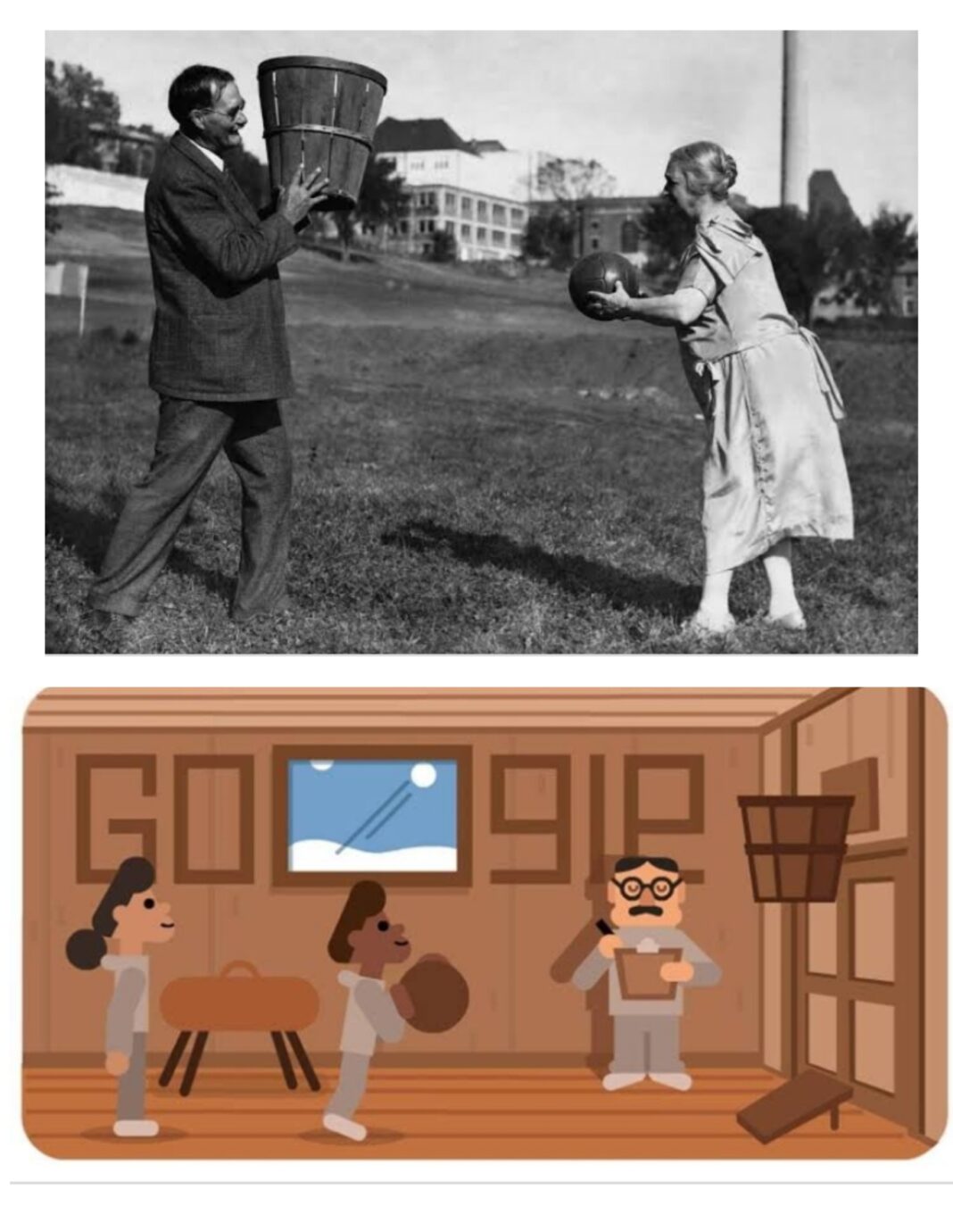 Google is remembering Dr. James Naismith today.
But it is not his birthday today. On 15 January 1891, the game of basketball was invented by Dr. James Naismith. Naismith was a teacher, professor, doctor and coach. Naismith was born on 6 November 1861 in Canada. Since childhood Naismith showed interest in sports and physical education. He maintained his interest and received a bachelor’s degree in Physical Education from McGill University in 1888, and later began his career there as a Physical Education Teacher.

Basketball was invented by Dr. James Naismith. In 1891, Naismith Springfield was employed as a physical teacher at the YMCA International Training College. Students were unable to play outdoor games due to snowfall during the winter season, which led Naismith to develop indoor games. After which the basketball game started.

Naismith discussed the game of basketball and its rules through The Triangle newspaper. It is said that this game was started in a gym which is played today on a global level. Basquetball is a sport played in more than 200 countries.

Dr. James wrote the actual 13 rules of basketball and outlined the entire game within 14 days. After obtaining a medical degree in 1898, Naismith joined Kansas University as a faculty. Here he became Jayhawk’s first basketball coach. Nearly a decade after Naismith’s basketball was invented, basketball was displayed as a demo game for the first time at the 1904 Olympics. It then became an official event at the 1936 Berlin Olympics.

Naismith retired from his duty in 1937 and died of brain hemorrhage two years later at the age of 78. The NBA’s Hall of Fame, based in Springfield, Massachusetts, has also been named in his honor. Now basketball is played in about 200 countries around the world.