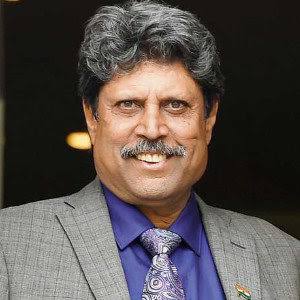 Legendary Indian batsman Kapil Dev is celebrating his 62nd birthday. The legendary Indian all-around has been the man for India for over 15 years in his career.

Kapil Dev was the captain of the Indian team in the 1983 World Cup when the Indian team lifted their first-ever World Cup. He performed both as a captain and player in that tournament. It was the match against Zimbabwe when the team lost their top 5 wickets early then the all-rounder came to bat at Number 7 for the team and scored an unbeaten 175 runs which was a record for the Indian team over the years.

Kapil was also the first bowler to pick more than 200 ODI wickets and was one of the most restrictive bowlers in the history of the game.

On his birthday players from all-around, the world extended their warm wishes to the former Indian captain.