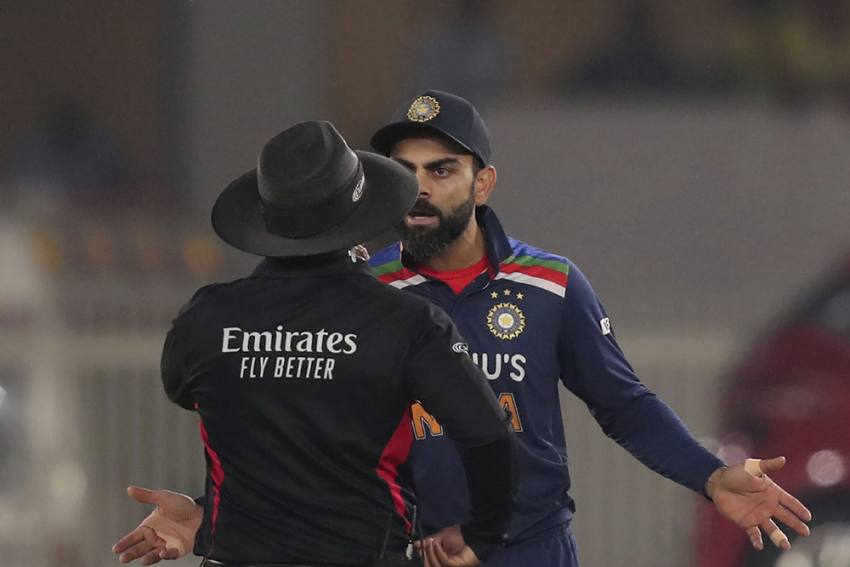 India skipper Virat Kohli on Monday criticized the umpires’ call in the decision review system (DRS), and said it creates a lot of confusion. The way should be based on hitting the stumps of the ball, even if it collides moderately.

Kohli criticized the umpire’s dismissal in the ‘soft signal’ against Suryakumar Yadav during the T20 International series against England, saying the game should be kept simple.

“According to me, umpire’s call right now is creating a lot of confusion. When you get bowled as a batsman, you don’t expect the ball to hit more than 50 percent into the stumps to consider yourself bowled.”

“So from basic cricket common-sense, I don’t think that there should be any debate on that. If the ball is clipping the stumps, that should be out whether you like it or not, you lose the review.”

According to the current rules, on the decision of the umpire given the batsman’s footsteps, at least 50 percent of the ball during the DRS of the bowling team should hit with one of the three stumps. If this is not the case, the umpire’s call is valid.