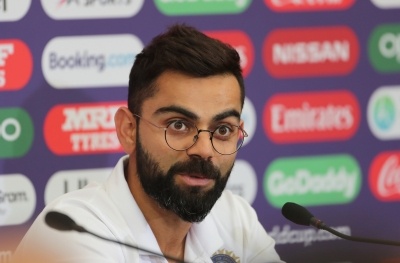 “(India coach) Ravi Shastri and Virat Kohli (have) been great supporters and promoters of Test cricket in recent times. I think Virat has been excellent in that regard, really wanting to play Test cricket, prioritising the game,” said Taylor to Wide World of Sports.

Taylor expressed his worry on how long Test cricket remains a priority in future. “But the worry will be how long it continues for. There’s no doubt as we all get older, and the new generations come through, this love that people like I have for Test cricket may diminish, and that’s the concern for us older generation.”

He also hoped the decision on the cancelled Test match was not made to prirotise the second leg of the Indian Premier League (IPL) 2021.

“I don’t think anyone would hold any sort of grudge against the players not wanting to play a game when they’ve got genuine concerns about COVID infection. I think now we want to see some consistency. Pulling out of a Test match is huge for the game of cricket, particularly an India series, it’s a big series,” said Taylor.

“When players make a stance against that we all understand that, we do, and we understand that health comes first. But people have to look after the health of the game. It puts pressure on the game of Test cricket in particular, and then you’ve got a game of T20, a domestic series coming up that all those players want to play,” added Taylor.

“We’ve got to be careful; the players have to be careful that they send a consistent message. If similar things happened in the IPL, I would like to see similar action taken by the players,” concluded Taylor.