Krishna, Bhuvi seals a remarkable victory for India against England 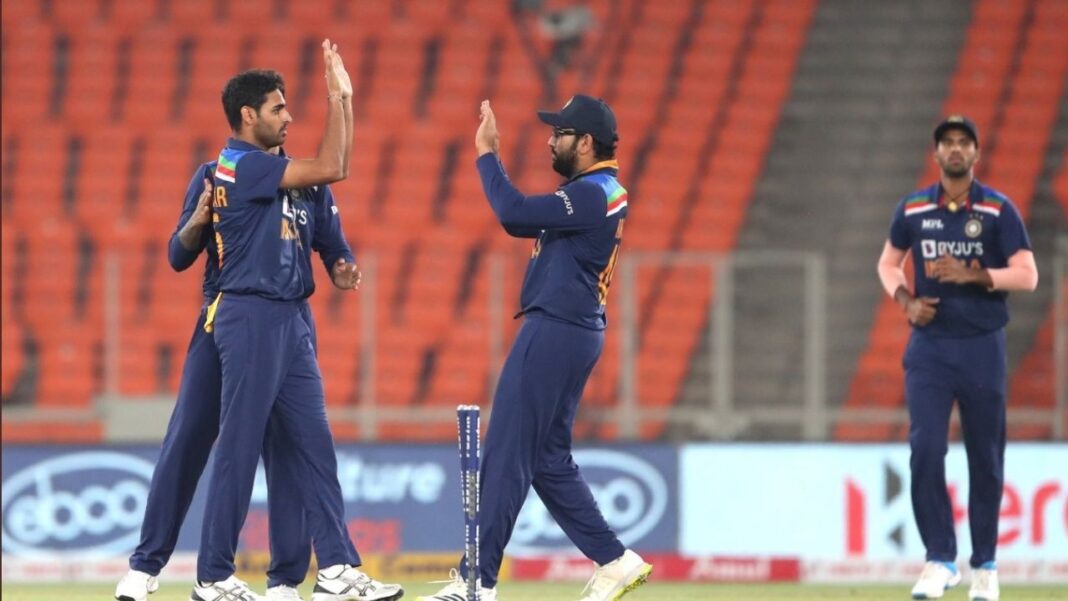 India has won the first One Day game against England by 66 runs. With this win team India are in the lead of 1-0 in the three match ODI series.

Debutant Krunal Pandya and Prasidh Krishna are the players top players from the Indian team in this game. Both the debutants have registered different records, Krunal completed his fifty in just 26 balls which is the best from any debutant across the globe, while Krishna picked up 4 wickets which the best from any Indian on his debut.

KL played a delighted knock of 62 runs and he was not out as playing at Number 5 for India. He stood for a partnership of 112 runs with Krunal Pandya which was the decisive phase in the Indian innings.