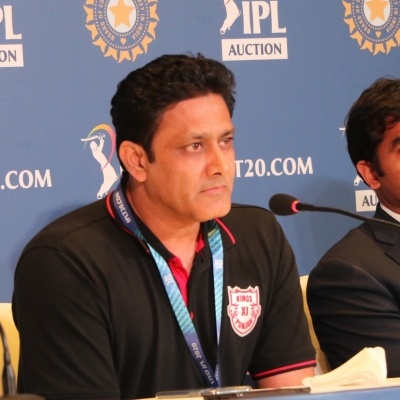 Punjab Kiings head Anil Kumble was left distraught after the two-run vs Rajasthan Royals in their 9th match of IPL 2021. Young pacer Kartik Tyagi put a brilliant show as he defended 4 runs in the final over and gave away just a single in that over.

“It’s sort of become a pattern for us especially when we get to Dubai, it seems. The approach was clear, we needed to finish it in 19 overs. That was the approach, to not let it go till the end. But unfortunately, when you leave it to the last couple of balls, it becomes a lottery. Credit to [Kartik] Tyagi for the way he bowled,” Kumble said after the match.

Kumble was unhappy that the batsmen were unable to figure out Tyagi’s line in the final over.

“It was pretty clear he was going to bowl wide outside off, and somehow our batters didn’t take the right options. We need to discuss this and sort it out. We have five more games to go, we don’t want to get bogged down by this defeat but it’s certainly a bitter pill to swallow.”

Punjab Kings are the seventh spot in the points table following the Tuesday’s defeat.

“I think it was a very good wicket, and we really came back in the last four overs where we gave away just 20 runs and picked up six wickets or so. Arshdeep bowled brilliantly, as did Shami. [Harpreet] Brar bowled really well on a tough pitch. On a ground where one side of the boundary is short, at one stage Royals looked good to score 200-210. So to really squeeze them in the last four, I thought the bowling effort was really good.

PBKS roped in Aiden Markram and axed out universe-boss Chris Gayle in their playing XI.

“With the bat also, we showed it till the 17th over. We were cruising but we were pulled back in the 18th and 19th overs after [Aiden] Markram’s six. As batters, they know what their scoring shots are. All it needed was a bit of hitting. Even if someone got out first ball, the next batter had five balls to get the runs. When it goes to the last couple of balls, it becomes hard. The messaging was clear. We had to finish it in 19 overs, unfortunately that didn’t happen today.”