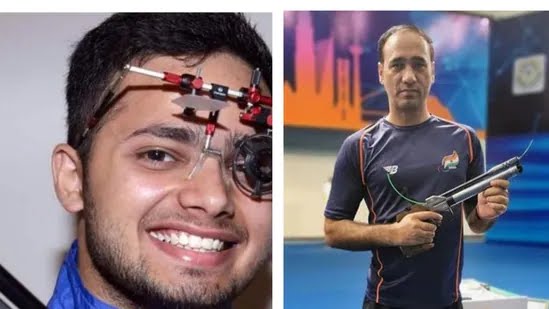 Manish won the gold medal with a score of 218.2 in the final, setting a Paralympic record in the process. His Indian teammate Singhraj Adana came up just short in the final, getting 216.7 points.

Earlier, the two Indian shooters had a good show in the qualification round to reach the final. While Manish amassed 533-7x points, Singhraj scored 536-4x points after the end of six series.

After the qualification round, Singhraj came in fourth place, while Manish came in seventh. Akash, another Indian shooter, was unable to qualify for the finals, finishing with 507-3x points.

Glory from the Tokyo #Paralympics continues. Great accomplishment by the young and stupendously talented Manish Narwal. His winning the Gold Medal is a special moment for Indian sports. Congratulations to him. Best wishes for the coming times. #Praise4Para.

The outstanding Singhraj Adhana does it again! He wins yet another medal, this time in the Mixed 50m Pistol SH1 event. India rejoices due to his feat. Congrats to him. Wishing him the very best for the future endeavours. #Paralympics #Praise4Para.