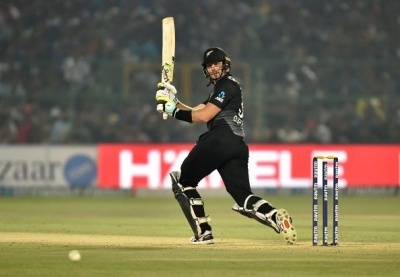 New Zealand opener Martin Guptill has surpassed Virat Kohli in the list of leading run-scorer in T20 internationals during the second T20I of the three-match series against India at JSCA International Cricket Stadium on Friday.

The swashbuckling opener has needed 11 runs to get to the landmark before the start of the match and he achieved the feat in the first over of the match.

Guptill has surpassed Kohli’s tally of 3227 to become the leading run-scorer in T20Is.

The New Zealand opener, who got a reprieve on eight when KL Rahul, running back from mid-off, dropped a tough chance, got out in the 5th over bowled by Deepak Chahar after playing an attacking knock of 31 off 15.

Earlier, during the first T20I, the opener scored 70 runs off 42 balls.