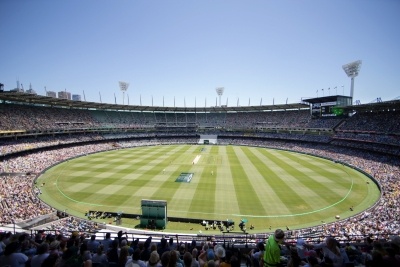 England and Australia will face off in the third Test of the ongoing Ashes series at the Melbourne Cricket Ground. The pitch curator of MCG said that there will be seam movement for the pacers in the Boxing Day Test.

“From four years ago, we’ve come a long way, we’ve been looking to improve the quality of the pitches. We’re leaving a lot more grass on them. There’s a lot more seam movement in the pitches as a result of the grass being left on. There will be seam movement up for the quick guys,” Paige was quoted as saying by Sky Sports.

Paige doesn’t feel that spin will play a major role in the match. “We rely on that seam movement early, there will be a little bit of spin but it won’t be massive I wouldn’t have thought. Australia and England will play whoever they think is going to take 20 wickets. I’m not inside their camp so it’s very hard for me to make a comment on who they should pick.”

MCG chief Staurt Fox has said that the he’s expecting around 70,000 audience for the Melbourne Test match.