Neeraj Chopra takes parents on their first flight ever 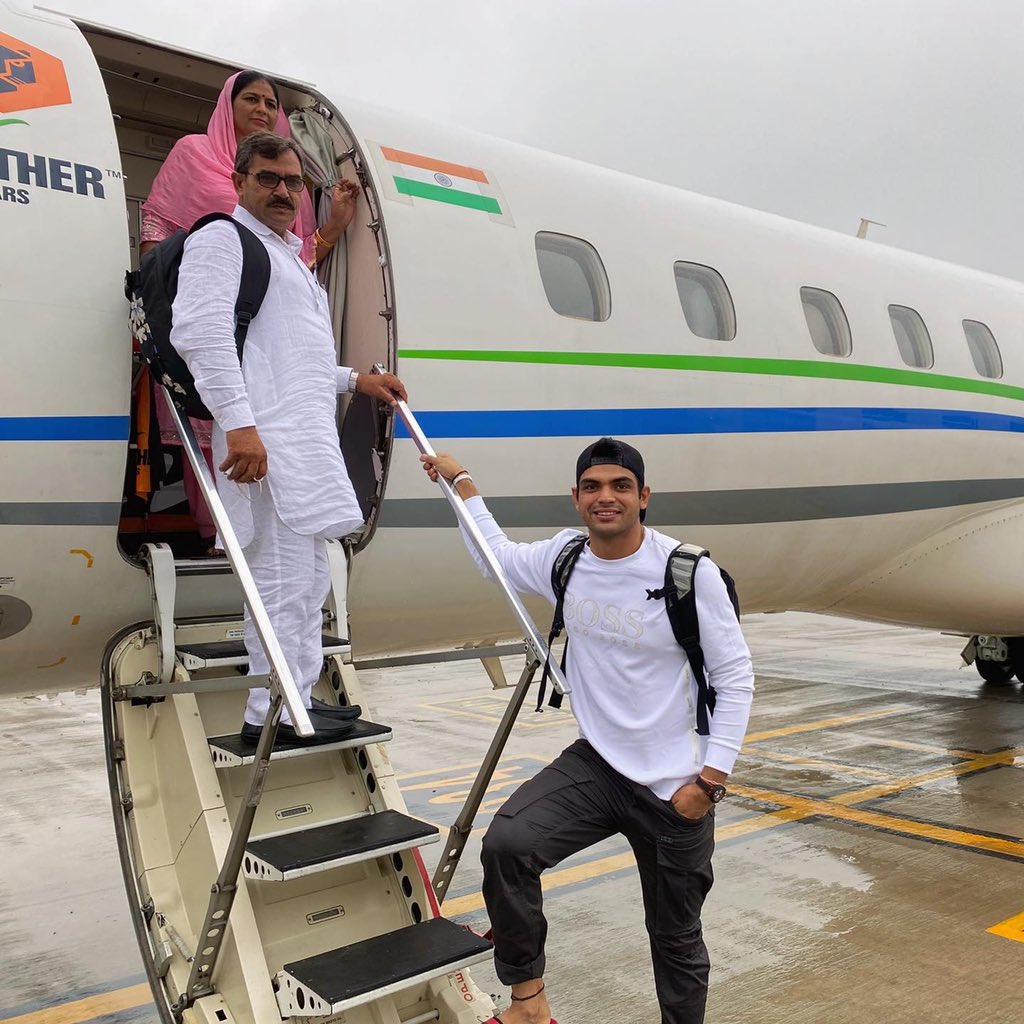 Neeraj Chopra, India’s only Olympic gold medalist in athletics took his parents on their first flight trip on Saturday, fulfilling a “small dream” of his. The 23-year-old star javelin thrower took to Twitter to show photos of himself and his parents boarding a plane.

“A small dream of mine came true today as I was able to take my parents on their first flight,” Neeraj captioned the images on Twitter.

He shared the same in Hindi too and shared a photo of the trio near a aircraft. Chopra also thanked everyone for their wishes and blessings in his life.

Neeraj’s insta post also contained 2 more photos of the trio inside the craft.

It is not clear as to where they were travelling, but the trio had huge smiles on their faces as Chopra’s parents took their maiden flight.

Neeraj Chopra is currently on a break after ending his 2021 season post the Tokyo Olympic gold-medal winning performance in August. Chopra has been on a busy schedule since his return to the country, leaving him exhausted. He also suffered a slight bout of fever.

Chopra topped the men’s javelin throw final at the Tokyo Olympic Games’ and won his historic gold medal to become India’s first Olympic medallist from the athletics event. He also became only the second Indian athlete after Abhinav Bindra to win a gold medal in an individual event.

Neeraj Chopra, who hails from Haryana, received a massive cash price of Rs. 6 crores with a class I category job as per the policy. Moreover, the CM had asserted, ‘We will be building a Centre of Excellence for athletes in Panchkula, where he will be the head if he wants. He will be given a plot with a 50% concession, like other players’.

Meanwhile, the Indian cricket board announced a Rs 1 crore cash reward for Neeraj Chopra for bringing home the gold.

The Punjab Government announced a cash reward of Rs 2 crore. Several other rewards were announced, including businessman Anand Mahindra’s announcement to gift the champion an SUV XUV 700.