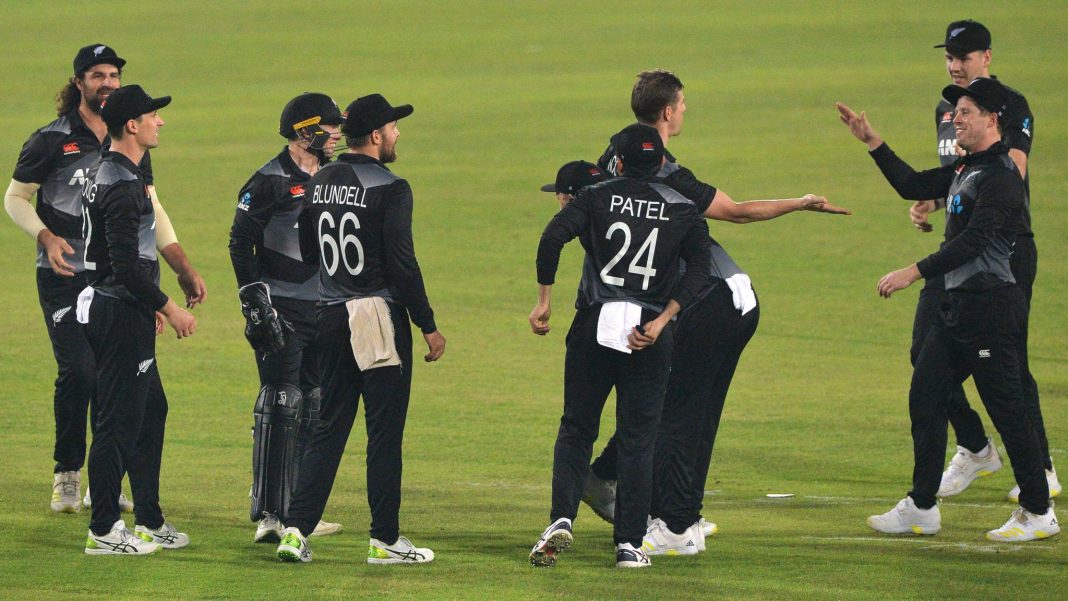 New Zealand defeated Bangladesh by 52 runs in the third T20I of the five-match T20 series. New Zealand batted first and got to the total of just 128 runs in 20 overs.

Henry Nicholls was the top scorer of the side with his 36 runs. Nicholls was well suported by Tom Blundell who came in to bat at No. 7.

In the second innings New Zeland spinners wreaked havoc to the Bangladesh batsmen as the hosts were blundled out for a total of 76 runs.

Ajaz Patel was the leading wicket-taker from New Zealand as the left-arm orthodox scalped 4 wickets and gave just 16 runs in his quota of 4 overs.

“You thrive on conditions like these and you take responsibility in these conditions and I thought all our bowlers bowled brilliantly and did a great job in getting wickets. Rachin bowled brilliantly and we had that communication going and our seamers well, this is not the easiest conditions to bowl and they did well. I had conversations with Dan (Vettori) earlier and he gave me a bit of clarity on what the conditions here are like,” said players of the match Ajaz Patel.

“A very good performance. We were able to build partnerships with the bat even though we lost wickets upfront, got to a par score and bowlers did a fantastic job. Blundell and Nicholls were brilliant in that partnership. That death phase can be a little tricky especially with the right-left combination. Just for the left-right combination (regarding the batting order and why he demoted himself). The way our bowlers were able to apply pressure and take wickets, it was outstanding. We knew it was gonna be tough here and for us it’s no surprise (the conditions), still a little bit left in the tank and that’s a positive sign for us,” said New Zealand captain Tom Latham.

New Zealand won the match by 52 runs but still they trail Bangldesh 1-2 in the five-match T20I series.

This was also the lowest total defended by New Zealand in T20Is.