No team can be taken lightly: Graham Reid ahead of Hockey Men’s Junior World Cup 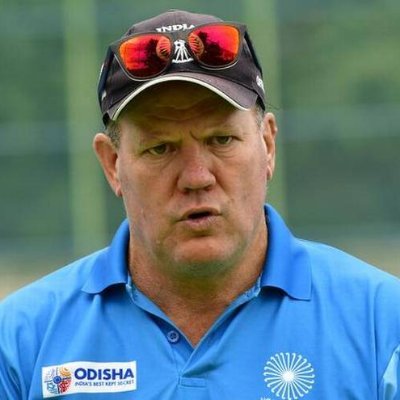 Team India’s preparations are in full swing ahead of the next month’s FIH Odisha Hockey Men’s Junior World Cup in Bubneshwar.

Cheif Coach Graham Reid who also led the national side’s memorable bronze medal win at Tokyo Olympics said that the players are excited to compete with the world’s best teams on home ground in Bhubaneswar.

“There is definitely a lot of excitement among the players and there is some anxiousness too as we are yet to pick the final team that will play in the Junior World Cup. But having said that, the players are all very upbeat and are looking forward to playing in Bhubaneswar as they have heard a lot about the venue from their senior compatriots,” said Reid in an official release.

India are in Pool B along with France, Canada and Poland in Junior World Cup. They will start their campaign on November 24 vs France.

Speaking on pool matches Reid said, “No team can be taken lightly in an event like the World Cup. I always tell the players to take it one match-at-a-time and not get ahead of ourselves at any point in the tournament until we have achieved what we have set out for. What is important for us is to get some good practice matches in Bhubaneswar so the players get a feel of the pitch and I am talking to coaches of some European teams to see if we can play friendlies with them when they arrive in Bhubaneswar.”